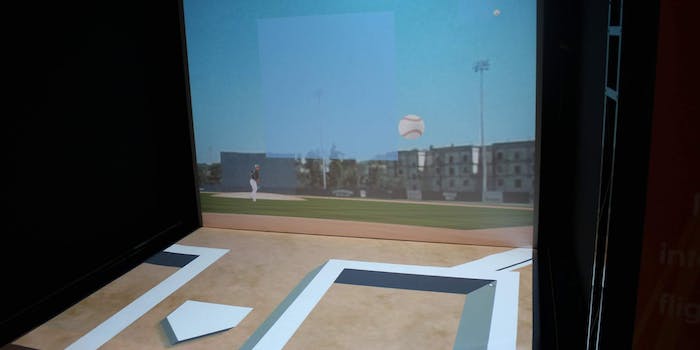 From the classroom to the ballpark, Eon Reality wants to make VR accessible

From smartphones to VR caves.

Eon Reality’s CES 2016 demonstration starts in a cave with a screen fit for a theater. By the end, the company is showing off virtual worlds built for displays that fit in your pocket. It’s all part of the company’s plan to make virtual reality a scalable and universal experience.

The first step you take into the world of Eon Sports VR—a branch of the larger Eon Reality—is into the batter’s box. It’s a blown-up version of the company’s Project OPS, a simulation that allows batters to get in reps while staring down a virtual pitcher.

With data pulled from Major League Baseball, the company is able to use the simulator to create a wealth of scenarios. Every part of the experience is programmable, thanks in part because of MLB’s decision to embrace advanced statistics. 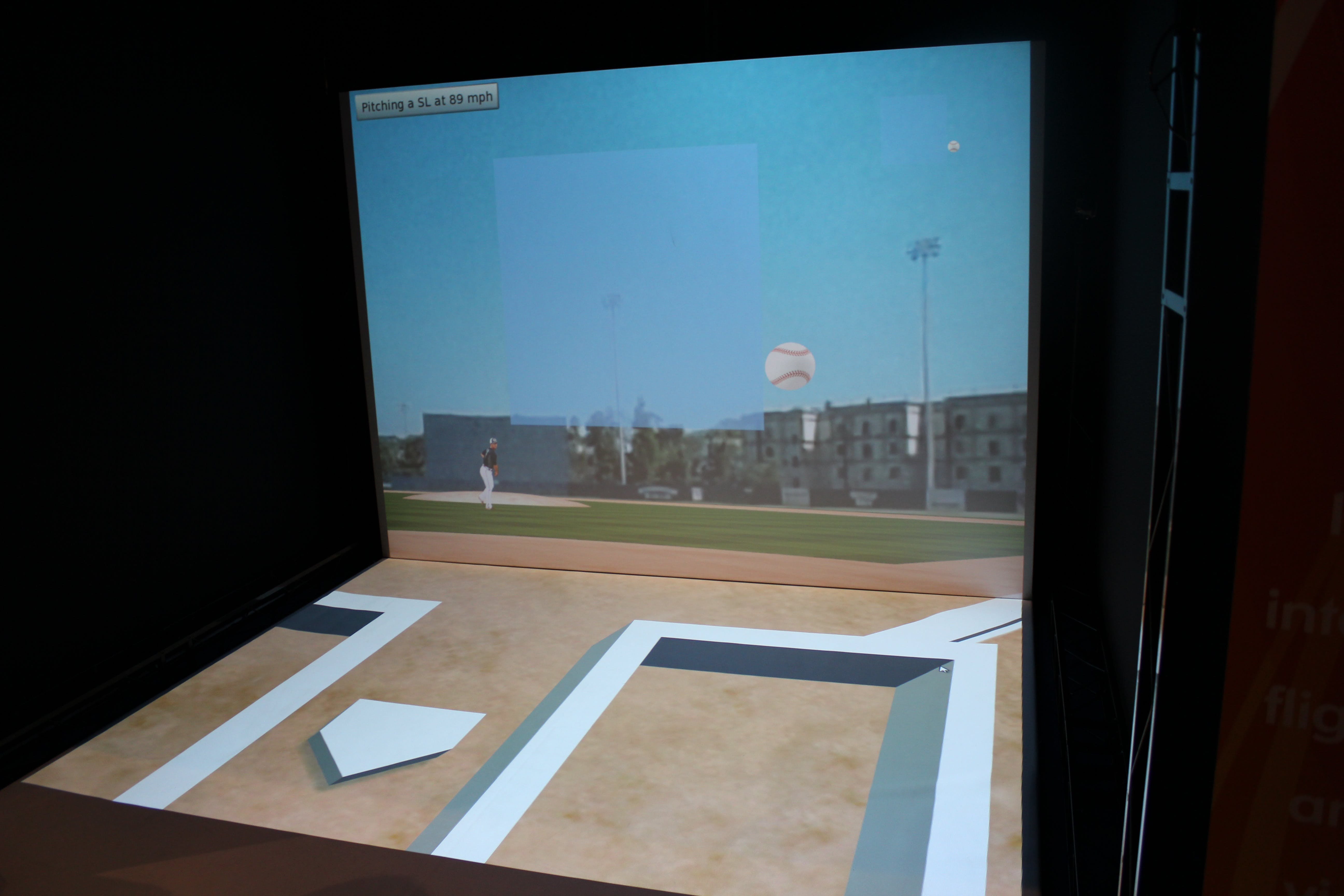 Brendan Reilly, CEO and co-founder EON Sports VR, explained to the Daily Dot the incredible amount of information that is available to users. “If you want to see the last five at-bats against a certain pitcher, we can recreate each one of those,” he said.

If a hitter wants to practice how they take a particular pitch, or what a stadium feels like, they can create that scenario and step into it. “If you’re facing, say, Clayton Kershaw, the way his pitch breaks might look different in Dodgers Stadium than it does somewhere else. The color of the wall in the outfield can change the way the pitch appears,” Reilly explained.

The setup is pricey and requires a person familiar with it to program in the different situations, but MLB teams are already latching on. Reilly said two professional organizations had already purchased the system, and more are expected to get on board. It’s by far the most in-depth sports simulation Eon Reality produces.

The version of Project OPS built for VR headsets includes hitting lessons from former big leaguer Jason Giambi. The consumer model includes a variety of adjustable settings that give users the opportunity to see and read pitches as they look at game speed. 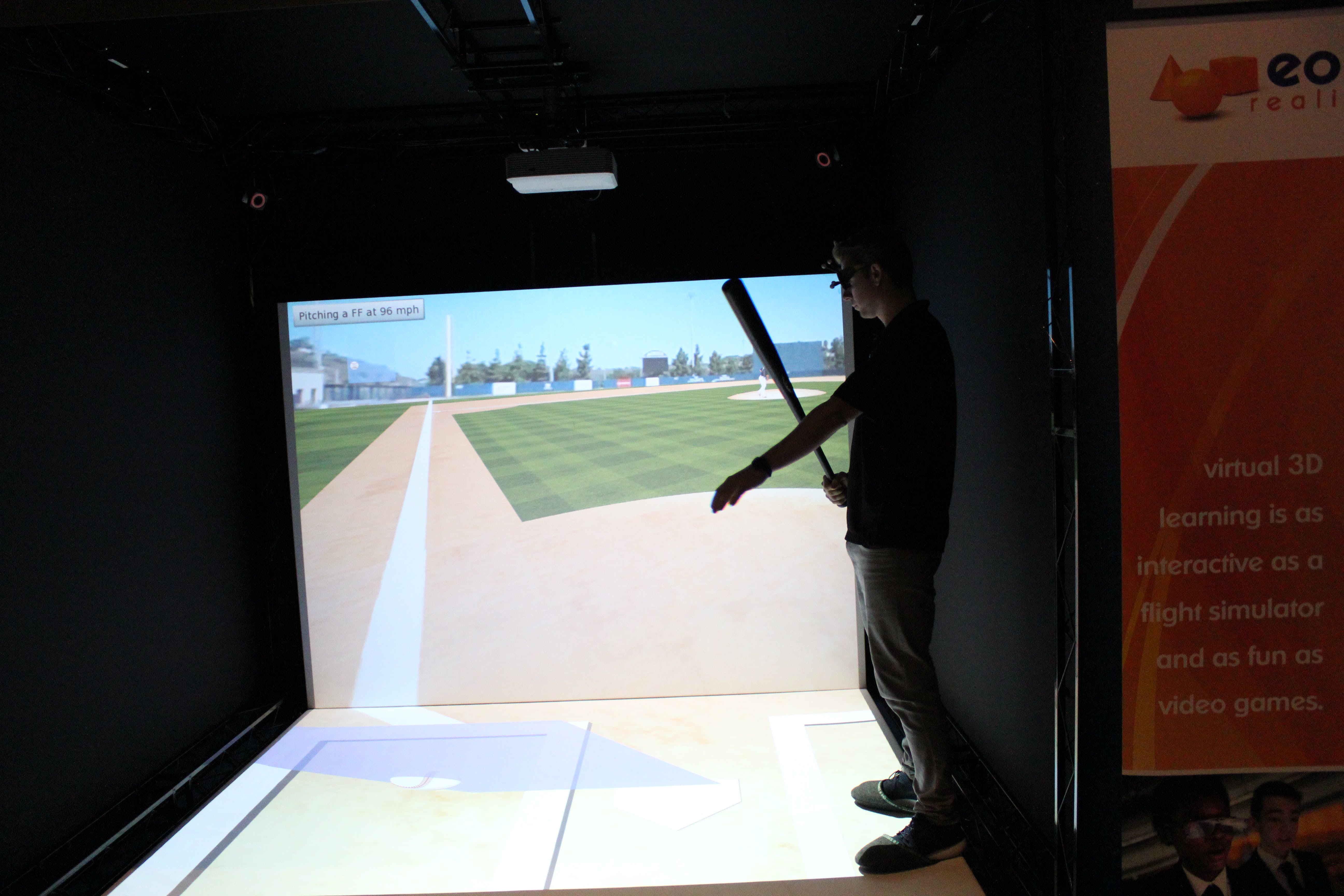 The company also has a football simulator, though it’s a much simpler setup. Here a user can step into the role of a quarterback and stare down different coverages, but its functions are limited as the NFL has been lethargic in adopting technological solutions. Eon also plans to take on soccer in the coming months, though it’s still in its early stages.

Eon’s ambitions with virtual reality stretch well beyond the playing field. On a side table alongside the massive, immersive setup was a zSpace tablet that the company hopes to see in classrooms soon. Eon has built simulations in the system that make it easier to interact with objects in 3D.

In the demo, you could manipulate an engine, pulling pieces out and examining them from every angle. Applied in tandem with education programs, the system could be used explore the engineering process for intricate structures or perform a medical procedure. 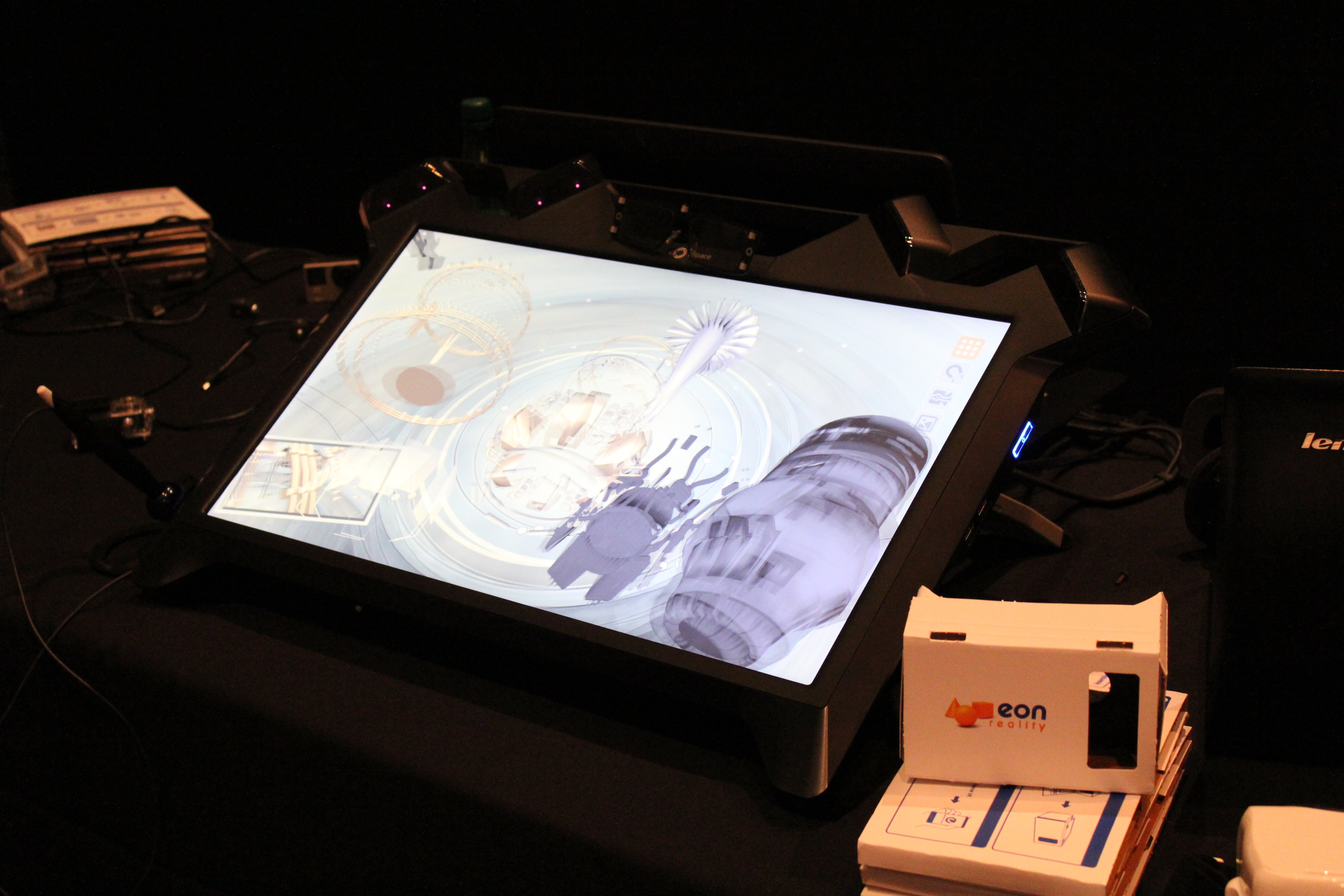 “Instead of a lecture hall full of students trying to dissect a frog, they could be doing it in virtual reality,” Eon Reality Global Marketing Manager Mark Cheben said.

One of the most challenging parts of getting systems like zSpace and Eon’s software into classrooms is cost. The devices can be reused, but the up-front expenses make adopting it prohibitive. Cheben said they are working on getting the price down when licensing out the product in hopes of making it fit into a classroom budget.

What will make the program even more accessible is shrinking it down from the zSpace system to the smartphone. Eon Reality’s app for iOS and Android offers both an augmented and virtual reality experience that, while less intricate, still gives users an opportunity to explore. The app seamlessly switches between AR, where a simple sheet of paper can become a platform for an ancient Egyptian sculpture, to VR, where users can attach their phones to a cardboard headset and walk around the pyramid said sculpture came from.

That appears to be key to Eon Reality’s plans; the company seems to want to make every experience it creates available in some form regardless of what sort of set-up you have available. With more than 7,000 applications for VR and AR already, and more on the way, Eon Reality’s ceiling is towering.