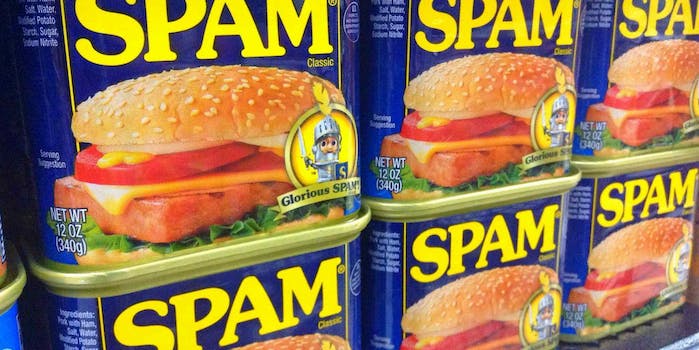 For the first time in 12 years, more email is non-spam than spam

Nigerian princes are running out of money.

Has your spam folder been looking a little empty lately? You’re not alone. A new report shows that, for the first time in more than 10 years, the spam accounts for less than half of all email.

The Symantec Intelligence Report for June 2015 says that spam now makes up 49.7 percent of the total volume of email, the lowest rate since September 2003. The new finding marks a 1.8-percent dropoff from May 2015.

Beyond spam, email threats in general appear to be on the decline, according to Symantec’s findings. Phishing efforts also dropped; they have been trending downward for the better part of the year. One in every 2,448 emails in June 2015 was a phishing attempt; by comparison, one in every 647 emails was phishing-related in November 2014.

Malware attacks sent via email are also dropping, though there are more new malware variants than ever before. Symantec logged 57.6 million new permutations in June 2015—a sizable increase over May’s number of 44.5 million, and nearly double the number of new exploits in April.

The spike in malware variations, paired with the drop in infected email, seem to suggest that attackers are simply moving to other platforms. Email filters have gotten better at catching malicious messages over the years, and users have been warned time and time again about best practices. In response, spammers and hackers have begun turning their focus to platforms where users exercise less caution.

Social-media attacks are also on the uptick, though it takes a more active screwup to become vulnerable on social-networking platforms. On social media sites, 83 percent of threats are shared manually—that is, by sharing an infected video or post. Another 11 percent of threats resulted from people joining groups or pages offering fake deals.