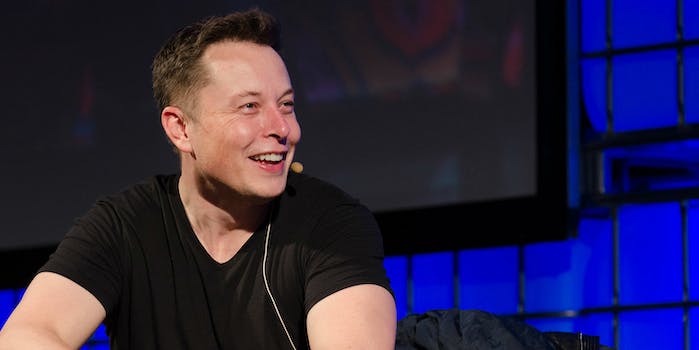 Only 9 percent of residents have electricity on the island.

The devastation presents the island nation a unique opportunity to rebuild crumbling infrastructure using renewable methods. Puerto Rico got a taste of modern energy solutions when Tesla started sending over hundreds of Powerwall batteries to bring power to homes. Then Sonnen, a German supplier of energy storage systems, sent its own product to 15 emergency relief centers on the island.

Now, Tesla CEO Elon Musk says he could rebuild Puerto Rico’s power grid using batteries and solar panels. Musk wrote on Twitter yesterday: “The Tesla team has done this for many smaller islands around the world, but there is no scalability limit so it can be done for Puerto Rico too. Such a decision would be in the hands of the Puerto Rico government, PUC (Public Utilities Commission), any commercial stakeholders and, most importantly, the people of Puerto Rico.”

The islands Musk is referring to are Kauai, where Tesla built a huge 5,000-panel solar plant, and American Samoa, which is now almost entirely powered by solar energy.

The Tesla team has done this for many smaller islands around the world, but there is no scalability limit, so it can be done for Puerto Rico too. Such a decision would be in the hands of the PR govt, PUC, any commercial stakeholders and, most importantly, the people of PR.

@elonMusk Let's talk. Do you want to show the world the power and scalability of your #TeslaTechnologies? PR could be that flagship project. https://t.co/McnHKwisqc

Musk replied soon after, “I would be happy to talk. Hopefully, Tesla can be helpful.”

The advantages of Tesla’s Powerwall solution are that it can use stored solar energy during a power outage and could potentially reduce time-of-use rates by storing energy at night when rates are low. Tesla claims on its website that Powerwall can provide “7+ days of continuous energy” during an outage.

But it’s not for everyone. The hardware itself costs $6,200, not including installation costs, which are said to range from $800 to $2,000. However, news site Electrek found third-party installers charging as much as $12,000 for the system and installation in Puerto Rico.

It’s been two weeks since the storm hit and only 9 percent of the island’s resident have regained power. The island may not get its energy grid online for another six months.