A guide to Ello’s new features

The so-called “anti-Facebook” has its work cut out for it. After a massive influx of users, Ello became the hip social network du jour—all in spite of its relative dearth of features and absence of a mobile app. After reaching a tipping point in popular Internet consciousness, the young, anti-advertising social network is building out features as fast as it can, starting with some user began demanding just moments after settling on a clever username.

One of Ello’s most-demanded renovations is improved privacy controls to nip cyber-stalking, bullying, and trolling on the nascent social network in the bud. To that end, Ello just added a block button, which can be found next to the friend and noise buttons to the right of any Ello user’s profile. Muting is another option, though you can always add an Ello user to the noise column if you’d prefer. 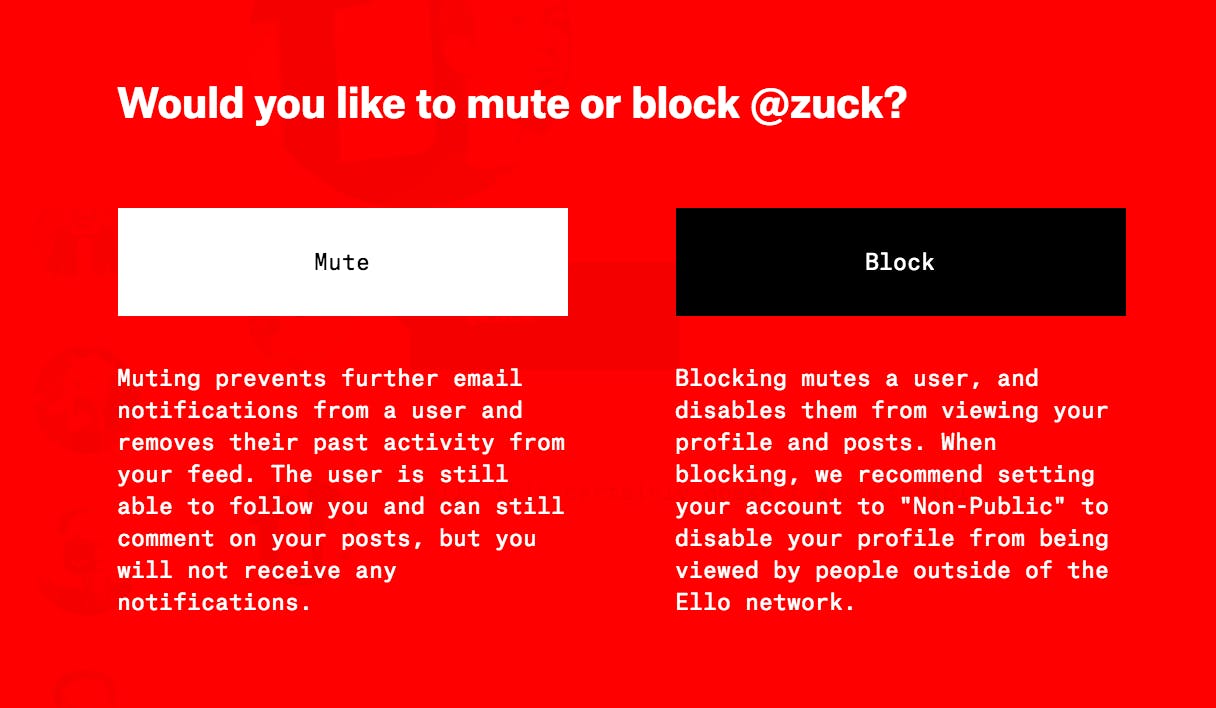 Another little tweak that popped up a few days ago: typing @ followed by a username begins to auto-populate a text entry field with a list of suggested users. Search on Ello was a bit rocky from the start, so naturally someone built an external user index called Shello. 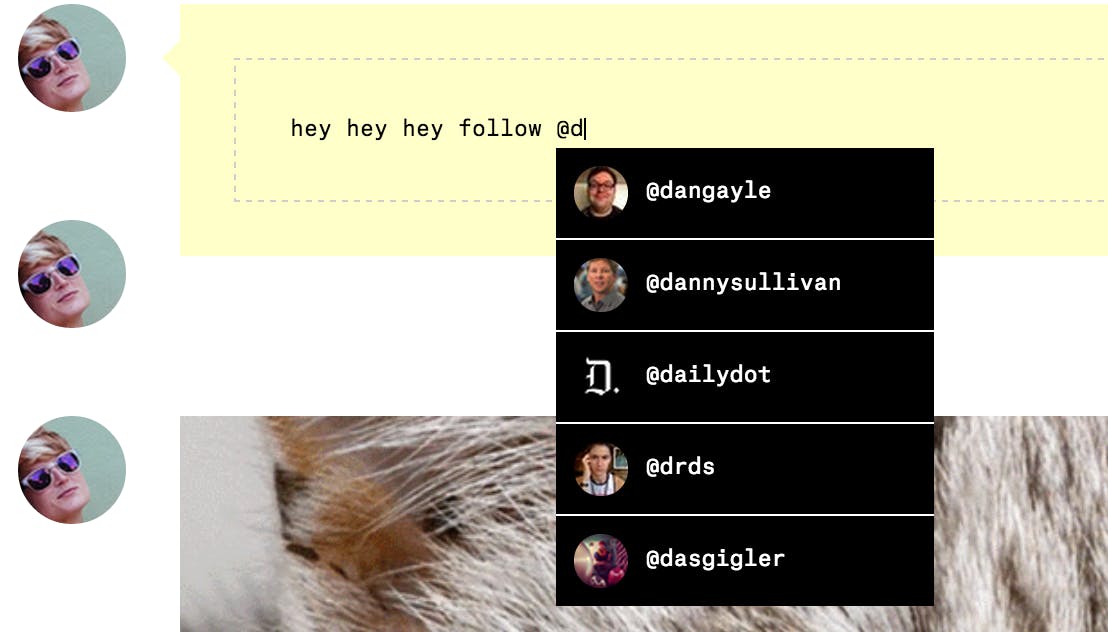 As we’ve said before, Ello is both more and less than the sum of its parts. Many users, accustomed to a certain level of comfort on established social networks, are eager for Ello to mature. Overall, Ello seems to have stabilized a bit and we haven’t been met with nearly as many errors and bugs. Among the features “coming soon,” users can expect a reporting system for “inappropriate content,” private accounts, private messaging, apps for iOS and Android, and, yes, reposting, which our own Micah Singleton is pretty sure we’ll call a “Rello.”

Before Ello can build more features into its relatively barren social landscape, it’s fun to see the workarounds that users are leveraging on the young network. Loaf of bread if you agree.