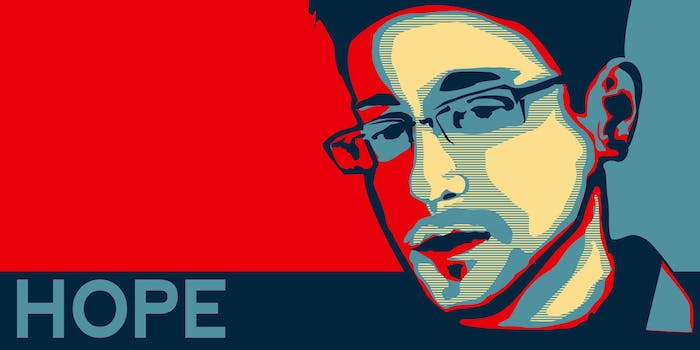 The former NSA contractor who in 2013 leaked thousands of classified National Security Agency documents to journalists is ramping up a campaign to request a presidential pardon from Obama, who is nearing the end of his eight years in office.

Snowden is living in Russia to evade legal action in the United States, where he is accused of violating the Espionage Act.

The power of presidential pardons, otherwise known as executive clemency, is granted under Article II, Section 2, of the U.S. Constitution. Only those convicted or accused of committing crimes against the U.S., not individual states, fall under the presidential pardon powers.

The crux of Snowden’s argument in favor of an Obama pardon is that his disclosures have benefited the American public regardless of whether his actions violated the law.

In June 2015, Obama signed into law the USA Freedom Act, the most substantial reform of U.S. surveillance law in 40 years. The legislation overhauled key statutes justifying NSA surveillance exposed by Snowden’s leaked documents, including Section 215 of the USA Patriot Act, which a federal appeals court ruled illegal in May 2015.

Snowden’s push for a presidential pardon is supported by the American Civil Liberties Union, Human Rights Watch, Amnesty International, and other civil liberties groups, which plan to formally launch a campaign for Snowden’s pardon on Wednesday. The campaign comes just days before the release of director Oliver Stone‘s Snowden.

The White House did not respond to our request for comment on the prospect of Obama pardoning Snowden.

Obama’s actions so far paint a mixed picture for Snowden’s future. The Obama administration has prosecuted more people under the Espionage Act than all other administrations combined. However, Obama has also so far commuted the sentences of 562 inmates, which is more than the combined total of the past nine U.S. presidents. He has issued 52 pardons, a number that is far below most previous presidents but will almost certainly increase before he leaves office on Jan. 20, 2017.

Perhaps Snowden will be one of them.