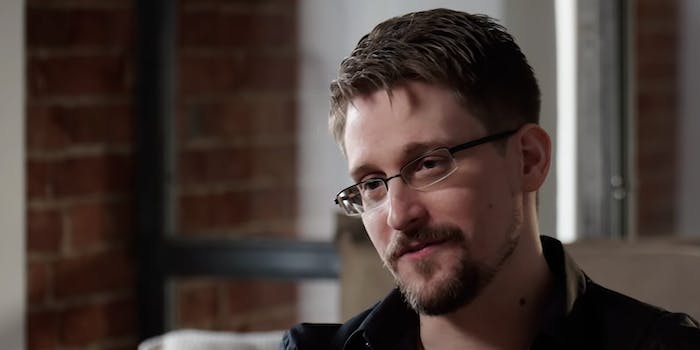 Edward Snowden, the NSA whistle-blower who shed light on government surveillance when he leaked intelligence documents in 2013, is being sued by the Department of Justice (DOJ) for breaking a contract he signed by publishing a memoir.

Snowden’s memoir, Permanent Record, was released on Tuesday. The DOJ also announced their suit against Snowden on Tuesday, alleging that he violated non-disclosure agreements he signed with the NSA and CIA.

The DOJ says Snowden did not submit Permanent Record for the agencies to review prior to it being published and has given speeches on “intelligence-related matters” in violation of his non-disclosure agreements.

MacMillan, the publisher of Permanent Record, was also named as a defendant in the suit. However, the DOJ noted that they are not seeking to stop the book’s publication but ensure “that no funds are transferred to Snowden.”

“Intelligence information should protect our nation, not provide personal profit,”” G. Zachary Terwilliger, U.S. Attorney for the Eastern District of Virginia, said in a statement. “This lawsuit will ensure that Edward Snowden receives no monetary benefits from breaching the trust placed in him.”

Meanwhile, Snowden called the memoir “the book the government does not want you to read” when tweeting about the lawsuit.

The government of the United States has just announced a lawsuit over my memoir, which was just released today worldwide. This is the book the government does not want you to read: (link corrected) https://t.co/JS1AJ6QlXg

“This book contains no government secrets that have not been previously published by respected news organizations,” Ben Wizner, director of the ACLU’s Speech, Privacy, and Technology Project and attorney for Snowden, said in a statement. “Had Mr. Snowden believed that the government would review his book in good faith, he would have submitted it for review. But the government continues to insist that facts that are known and discussed throughout the world are still somehow classified.”

Snowden is also facing charges under the Espionage Act for his release of classified NSA files.