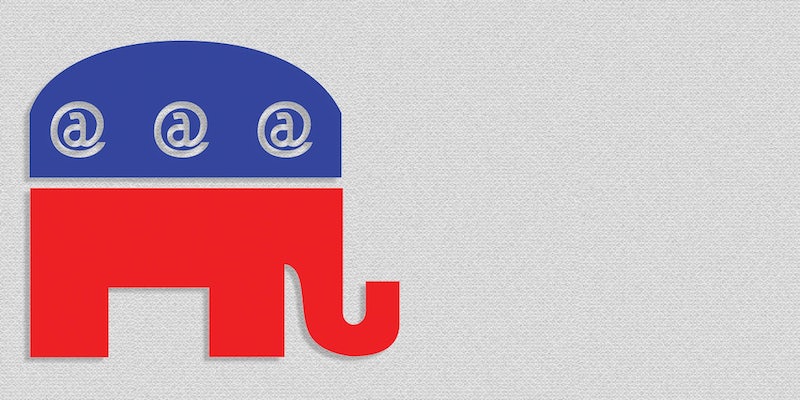 Patrick Leahy (D-Vt.) knows it wasn't a Democrat who put the hold on his bill.

An anonymous senator has placed a hold on a bill that would require local law enforcement to possess a warrant to read Americans’ emails, The Hill has reported.

Since the Senate began its August recess Monday, that delays the bill from going before a vote for at least a month. And that means another month of sanctioned surveillance.

The bill, which seeks to reform 1986’s Electronic Communications Privacy Act, has been a long time coming. For years, digital advocates have sought to modernize the law, and Senator Patrick Leahy (D-Vt.), has sought to fix its outdatedness since at least 2012. It would not affect the National Security Agency programs that have recently caused a great deal of outrage.

The crux of ECPA‘s current problem is that digital communications are fair game for law enforcement once they’re 180 days old. That’s a direct reflection of how outdated ECPA currently is. Back in 1986, long before cloud storage, you downloaded your emails. So if you hadn’t touched them in six months, the law’s logic went, you were probably forfeiting them.

So as the law currently stands, law enforcement only needs a subpoena—not a warrant, and therefore not a judge’s permission—to get your old Internet communications.

While the senator who put the hold on ECPA reform is unknown, we do have a few clues. It’s a Republican, for one thing. Unlike the clear bipartisanship the House displayed in July in almost passing an amendment to defund National Security Agency spying, the Senate is evenly split across the aisle. A Leahy aide told The Hill that the senator had secured every Senate Democrat’s vote.

The aide added that reformed butt-tweeter Chuck Grassley (R-Iowa), who had expressed concerns with the bill’s language, had not placed the hold.