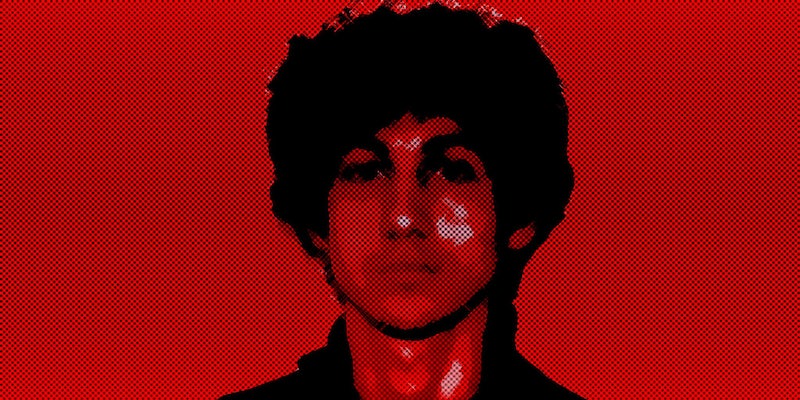 'When your name is mentioned it will be the evil that is remembered.'

Tsarnaev was found guilty in April on 30 charges related to the 2013 Boston Marathon bombing—an attack that killed three people and wounded more than 260 others. After a 14-hour deliberation, the jury unanimously voted in May to sentence the 21-year-old to death.

“I would like to apologize to the victims and the survivors,” Tsarnaev said on Wednesday. “I did do it.”

“I am sorry for the lives I have taken, for the suffering I have caused, and for the terrible damage I have done,” he said. Tsarnaev, who had not spoken in the courtroom since he entered his not-guilty plea, was also convicted in the death of MIT police officer Sean Collier days after the bombing.

Judge: "I sentence you to the penalty of death by execution." #Tsarnaev

Tsarnaev appeared emotional while addressing the families of his victims, reportedly trembling as he spoke: “You told us just how unbearable it was, this thing I put you through. Now, I am sorry for the lives that I have taken. I ask Allah for his mercy for me and my brother and my family.”

“No one will remember your teachers were fond of you,” said Judge George O’Toole, who was obliged to formally impose the jury’s sentence. “What will be remembered is that you murdered and maimed innocent people.”

“When your name is mentioned it will be the evil that is remembered,” the judge said.

A number of victims addressed Tsarnaev in court earlier in the day. “You will die in prison alone,” Karen McWatters told him. Her friend Patricia Campbell’s daughter Krystle, 29, was among the victims. She died from the injuries to her torso and legs caused by the bomb. Shrapnel was found embedded throughout her body.

“We chose love, we chose kindness, we chose peace,” said Bill Richard. “That is what makes us different from him.” Richard’s 8-year-old son Martin was the youngest of the victims to die in the attack.

“Terrorists like you do two things in this world,” said Rebecca Gregory, a double-amputee, who refused to be labeled as Tsarnaev’s victim. “One, they create mass destruction, but the second is quite interesting. Because do you know what mass destruction really does? It brings people together.”

“We are Boston strong and we are America strong, and choosing to mess with us was a terrible idea,” said Gregory.

Tsarnaev will be taken from Massachusetts where he has been for the past two years and two months and delivered to a federal prison in Indiana. Before his execution can take place, he and his victims are likely to face an exhausting, decades-long appeals process.

As of today, Tsarnaev is officially the youngest person on death row in the United States.