How else are you going to put out a fire 200 stories up in the air?

Dubai is home to the Burj Khalifa, the world’s tallest building. So what do you do when a fire starts on the 120th floor of the 209-story building? Thanks to a new initiative, the Fire Service will reach the flames with jetpacks.

The Dubai Civil Defence announced it had placed an order with New Zealand-based Martin Aircraft Company for 20 of the company’s twin-engine jetpacks and two simulators. Martin Aircraft will also provide initial training services and operational support as Dubai begins preparing its Fire Service personnel to use the jetpacks. 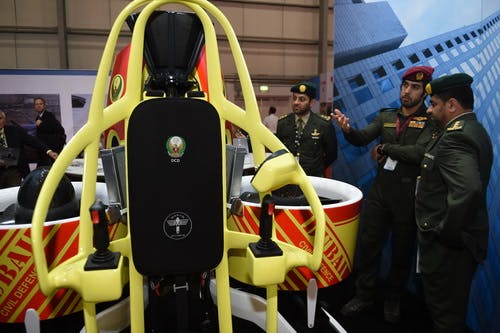 Martin Aircraft has been working on a jetpack for first responder services for several years. The company was expected to release a model of the craft in 2016. The jetpacks are ideal for these types of services, thanks to their small dimensions and their ability to move in confined spaces and take off and land vertically.

This isn’t Dubai’s first effort to fight fires from the sky. Last year, the Civil Defence purchased 15 quadcopters to use in patrolling hard-to-access areas for fires. The drones served multiple purposes, including surveying, reconnaissance, and documentation; they weren’t directly used for fighting the fires. 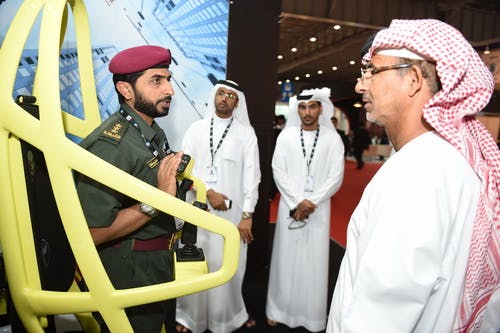 It’s unclear just how effective firefighters strapped to jetpacks will be at dousing fires, but if any place is equipped for such an experiment, it’s Dubai. The city is home to not only the world’s tallest building but also some of the tallest residential skyscrapers and hotels.

Dubai has amassed one of the tallest and densest skylines in the world, and its engineers plan to continue building upward. Being able to dose a blaze 1,000 feet up in the air will be a difficult but necessary task for the city.