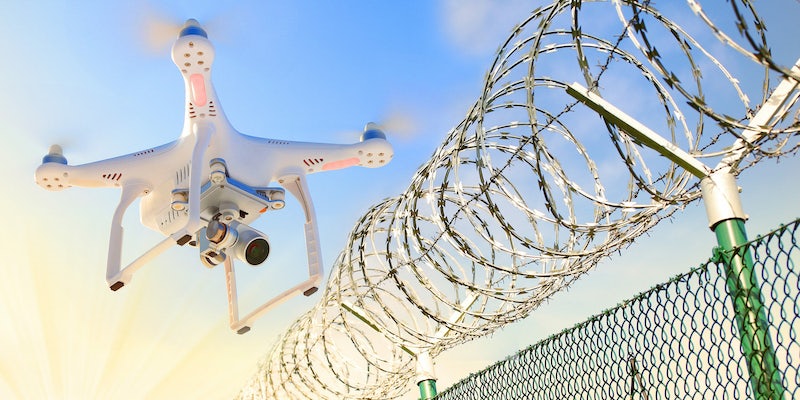 Toys are being used to infiltrate some of America's most protected facilities.

Drone sales are flying high, and new customers have found inventive ways to use these controversial products. Some take photos that were never before obtainable, others buy them simply to beef up their Instagram. But none of these cases are more impressive than what prisoners have been doing for years.

Correctional facilities across the United States have reported an increase in drones flying over walls and fences to deliver goods to inmates, according to a Fox News report. In Michigan, prison guards found a tiny drone patrolling the area, likely scoping out the structure’s defenses. Similar incidents have been reported in Oklahoma, Ohio, South Carolina, and Georgia, among others.  The problem even reaches beyond the 50 states. Prisons in Canada, Brazil, Russia, Australia, Thailand, Greece, and England, are all wrestling to keep these devices out.

Drones are being used to smuggle in anything from drugs to cigarettes to pornography. An incident in South Carolina highlighted the extent of the problem, when a drone was found with tobacco, cellphones, and marijuana.

It’s escalated to a point where state officials are now asking for legislation to let prison guards defend their correctional facilities against these inexpensive aerial units.

“It’s funny because it’s truly a toy that came over. But in the larger sense, it is a very serious incident,” Michigan Department of Corrections spokesman Chris Gautz told Prison Legal News.

Canada is already using nets to trap drones before they enter prison grounds, while England has tasked a “specialist squad” to investigate drone use in correctional facilities and instruct prisons on how to defend against them.

We’ve seen all sorts of strange methods for taking down drones over the years. Our personal favorite is being used in both France and the Netherlands, where they are training eagles to pluck them out of the sky.