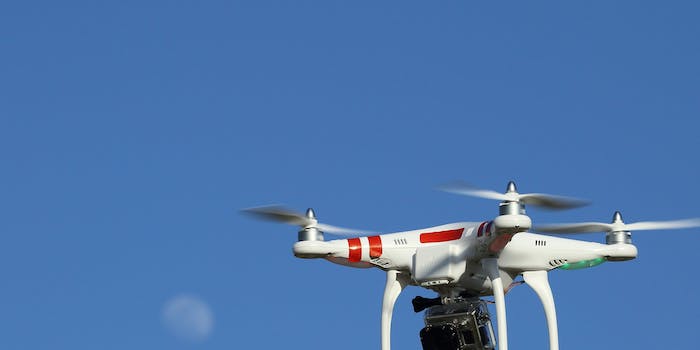 Think before you drone.

Over the course of this year, the number of drones spotted by airline pilots has skyrocketed.

Officials from the Federal Aviation Administration told the Wall Street Journal that, between January 1 and August 9, pilot have reported seeing drones while flying more than 650 times. During all of 2014, the number of reported sightings was only 238. In fact, during the two-month period of June and July of this year, there were more reported drone sightings than in all of last year.

“People tend to forget how bit the sky is and how small these little quadcopters are.”

If a drone were to collide with a plane while in midair, the results could be disastrous. While there haven’t been any recorded instances of a drone hitting an airplane in the United States, there have been an increasing number of close calls. Earlier this month, two airplanes landing at New York’s John F. Kennedy Airport reported near-misses with drones on a single day.

Capt. Chesley Sullenberger, the U.S. Airways pilot who rose to international fame for executing a hair-raising emergency landing on the Hudson River in 2009, told USA Today that the threat of collisions with drones was among the things he worried about the most while in the air. “It could do great damage and could be catastrophic,” said Sullenberger.

Other aviation experts are less concerned. “People tend to forget how bit the sky is and how small these little quadcopters are,” Jim Williams, a former FAA official who now advises companies on drone use, told the Wall Street Journal. “Every airplane is designed to take a hit from a 5-pound bird and keep flying.” If a drone flies into a commercial aircraft’s engine, Williams said, “it’ll be expensive to fix. But the likelihood of one of these little guys taking down an aircraft is very remote.”

Part of the problem may be that new drone operators do not know the rules surrounding the use of their high-flying contraptions.

The FAA has established a set of guidelines of recreational drone use that include not flying above 400 feet, keeping drones within the operator’s line of sight, and not flying over people. Due to the altitude regulations, the only time a drone would come close an airplane should be during takeoff and landing. The FAA prohibits flying within five miles of an airport unless the operator gets prior approval from the airport and control tower.

Drone operators who violate safety rules, especially with regard to flying near airports without authorization, are liable to be slapped with fines by the FAA and can even be prosecuted for reckless endangerment—a charge that could lead to jail time.

So, if you’re a drone pilot, stay away from airports. Seriously.

Photo by Don McCullough/Flickr (CC BY 2.0)