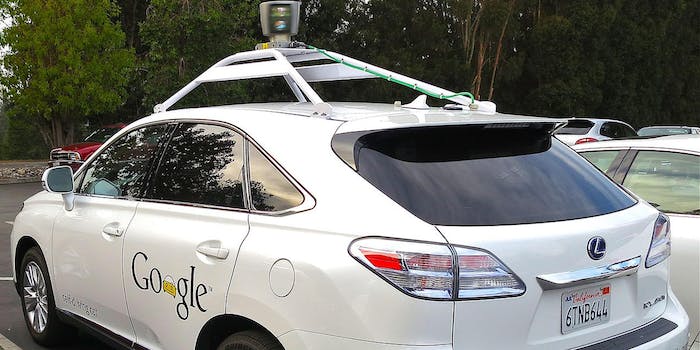 Driverless cars are coming, and when they do they'll be on a collision course with insurance company.

It’s no secret that computers are already much better drivers than humans. They don’t drive drunk, they don’t text, they don’t forget where they’re going or daydream. They might not reduce accidents by as much as 90 percent, as Google has suggested, but once driverless cars get any sort of real market share, the roads are definitely going to be safer.

“The immediate losers are the people who depend on accidents for their businesses,” Chunka Mui, a business consultant and author said at a Council on Foreign Relations discussion on the economic future of driverless cars Wednesday.

It’s not just insurance companies. In his book, The New Killer Apps, Mui imagines the economic implications of a world where driverless cars are common:

Auto insurers, which collect more than $200 billion in premiums each year in the United States, would initially see profits rise as accidents declined and payments to customers dropped but would eventually see something like 90 percent of premiums disappear. Health insurers would also have to give up revenue as car-related injuries plummeted. Governments would lose fines, because cars would obey all traffic laws, but police forces would need fewer officers on the road, and prisons would need less capacity as drunk drivers kept their freedom. Utilities would lose revenue because traffic lights would no longer be needed, and highways and streets wouldn’t need to be lit—after all, the cars can see in the dark. Parking lots, which cover a third of the ground in some cities, would pretty much disappear, while freeing land and reducing property values. And so on.

Even if all of that doesn’t happen, it’s important to consider. Driverless cars are a disruptive technology not just because they allow you to read or watch TV while a robot does the driving for you, but because car sharing instantly becomes more feasible, auto repair shops become less necessary, people manning the phones at insurance companies become laid off, long-haul truck drivers become obsolete. Instead of losing their jobs to cheaper labor overseas, they’ll lose them because they’re simply not necessary anymore.

“This is different than outsourcing. We’re not just talking about cost savings, it may come down to us choosing between lives and jobs. Not dollars and jobs, but lives and jobs,” Mui said. “I think you have to choose the lives.”

Read the full story on Motherboard | Photo via Wikimedia Commons