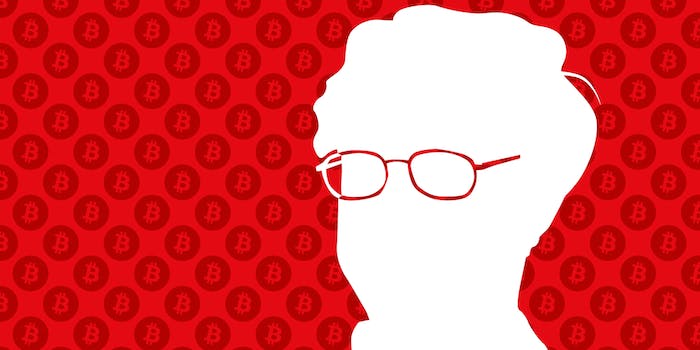 Seven months after denying his role in Bitcoin, Dorian Nakamoto is getting legal.

Dorian Nakamoto, the man who Newsweek infamously claimed is secretly Bitcoin inventor and multimillionaire Satoshi Nakamoto, is raising funds to sue the magazine.

It’s the latest in the substantial controversy stemming from Newsweek‘s claim, in March, on the cover of its return to print. Dorian Nakamoto, a 65-year-old Japanese-American living in California, has repeatedly insisted he doesn’t have much money, and even referred to the currency in one early interview as “bitcorn.” The identity of the actual Satoshi Nakamoto, who many speculate could be more than one person, is still a mystery, assuming Dorian isn’t concocting the world’s most elaborate denial.

Named, simply, Newsweeklied.com, the newly launched website aims to build a legal defense fund that accepts donations by either credit card or, yes, Bitcoin. It presents a heap of claims, like statements from other journalists that disagreed with Newsweek’s conclusion and reasons why the fallout from the article has caused harm to Dorian’s family.

Dorian’s attorney, Ethan Kirschner, confirmed to the Daily Dot that the website was legitimate. When asked if he intended to sue Newsweek, Kirschner said “the site should answer that question,” implying that it depends on whether they raise enough money to follow through with legal action.

Of course, Dorian has already received a bit of money from the ordeal. A fundraiser from sympathetic bitcoiners netted him 48 BTC in April—worth about $23,000 at the time, but closer to $19,000 now.