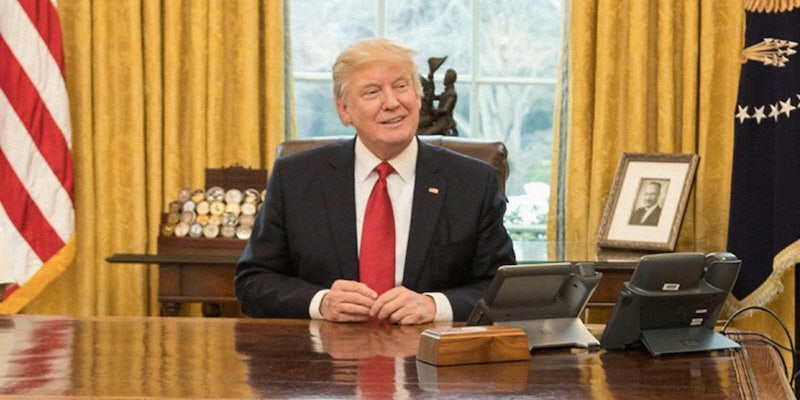 Trump says he thought being president ‘would be easier,’ warns of ‘major’ conflict with North Korea

Trump really seems to not be enjoying himself.

Reuters dropped a bombshell exclusive interview with President Donald Trump on Thursday night that includes several staggering claims that put the internet into a state of bewilderment.

First and foremost are Trump’s statements about North Korea. Not only did the president say that there was the possibility of “a major, major conflict with North Korea.” Pressed on the chance of a U.S.–North Korea conflict, Trump reiterated, “Absolutely.” The president did say he would prefer to reach a diplomatic solution but added that that would be “very difficult.”

Trump then expressed some genuinely empathetic sentiments towards their authoritarian leader, Kim Jong-un.

Many readers jumped on that quote, saying it expressed somewhat kind thoughts toward a man who is known for starving and imprisoning his own populace, but there’s also the possibility that Trump is aware a great deal of North Korea’s saber rattling comes from wanting respect on the international stage. Perhaps it’s a negotiating tactic.

Still, the prospect of dealing with an authoritarian regime possibly about to launch a nuclear test while simultaneously forcing through healthcare and tax reform in America is more daunting than the former real estate mogul and reality TV star ever realized.

Despite his ability to summon a Coke on demand, Trump said he misses the creature comforts of quasi-private life.

“You’re really into your own little cocoon because you have such massive protection that you really can’t go anywhere,” Trump said. “I like to drive. I can’t drive anymore.”

Read the full interview at Reuters.