With the world watching, Donald Trump became the 45th president of the United States on Friday. And as is the tradition, the size of his crowd immediately became the hot topic of discussion.

From the looks of things, Trump’s inauguration drew far fewer people than either of former President Barack Obama‘s inaugurations. In fact, according to early estimates, Trump’s crowd size may be historically low.

Side-by-side photos reflect the smaller numbers for Trump, who has long touted his ability to draw a crowd and complained about the television media not showing his crowds in their coverage.

The crowd size comparison, from 2009 and today. pic.twitter.com/iMYZy9PRK8

Literally dozens coming the mall for this historic day pic.twitter.com/17bCwGxYmF

It is important to note that it is not entirely clear exactly when in the day all of the photos circulating online were taken, meaning the crowd could be bigger than what the photos suggest. Here’s what it looked like from a lower level: 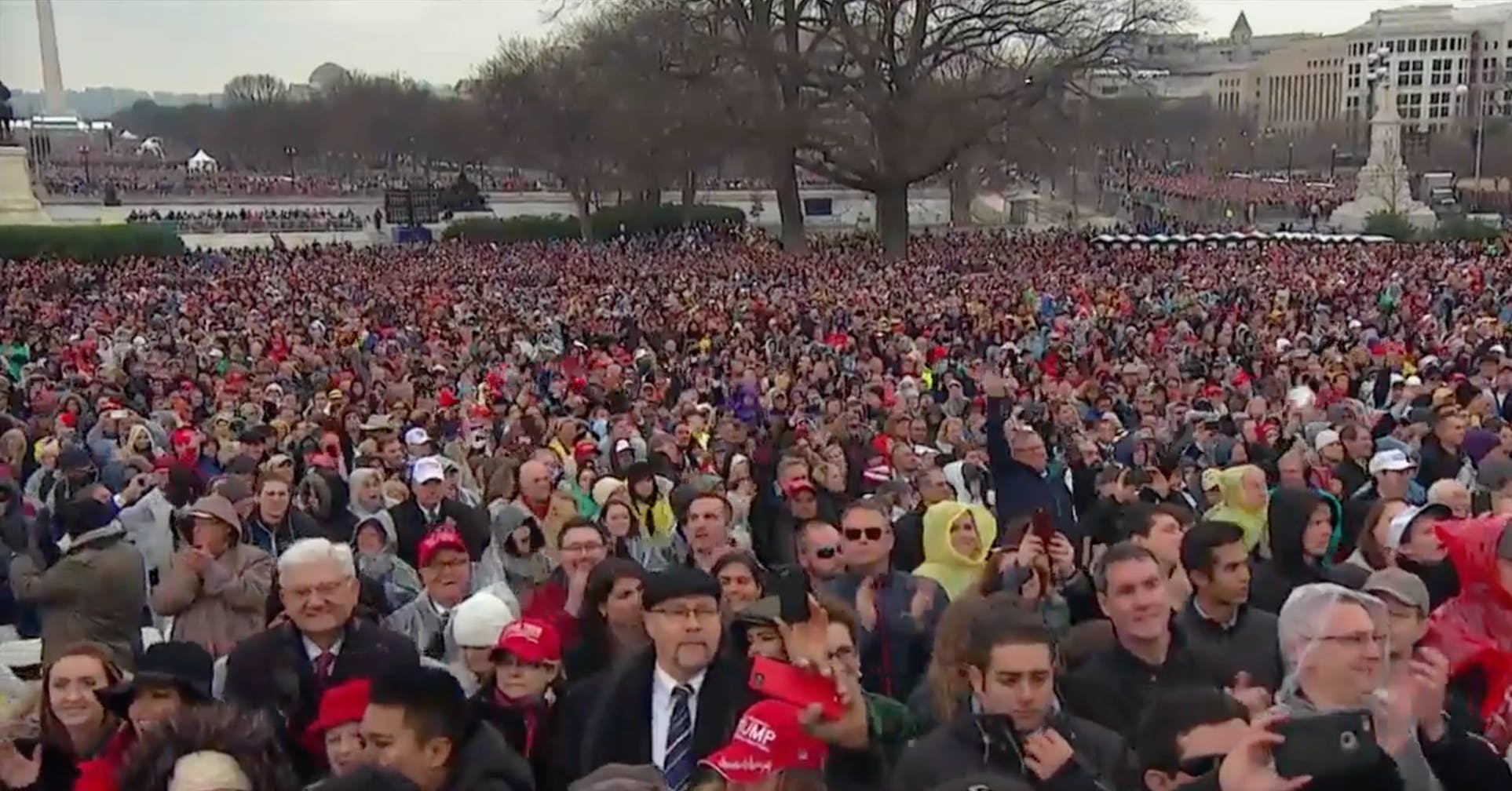 The smaller crowd size also caused a brief scandal for America’s new president after Twitter users discovered that the new header image on Trump’s account was taken from Obama’s inauguration. The image was quickly changed after a short outcry.

So, there you have it: Trump’s crowd size was smaller than Obama’s. Does it matter? Not really, but it sure has people talking.