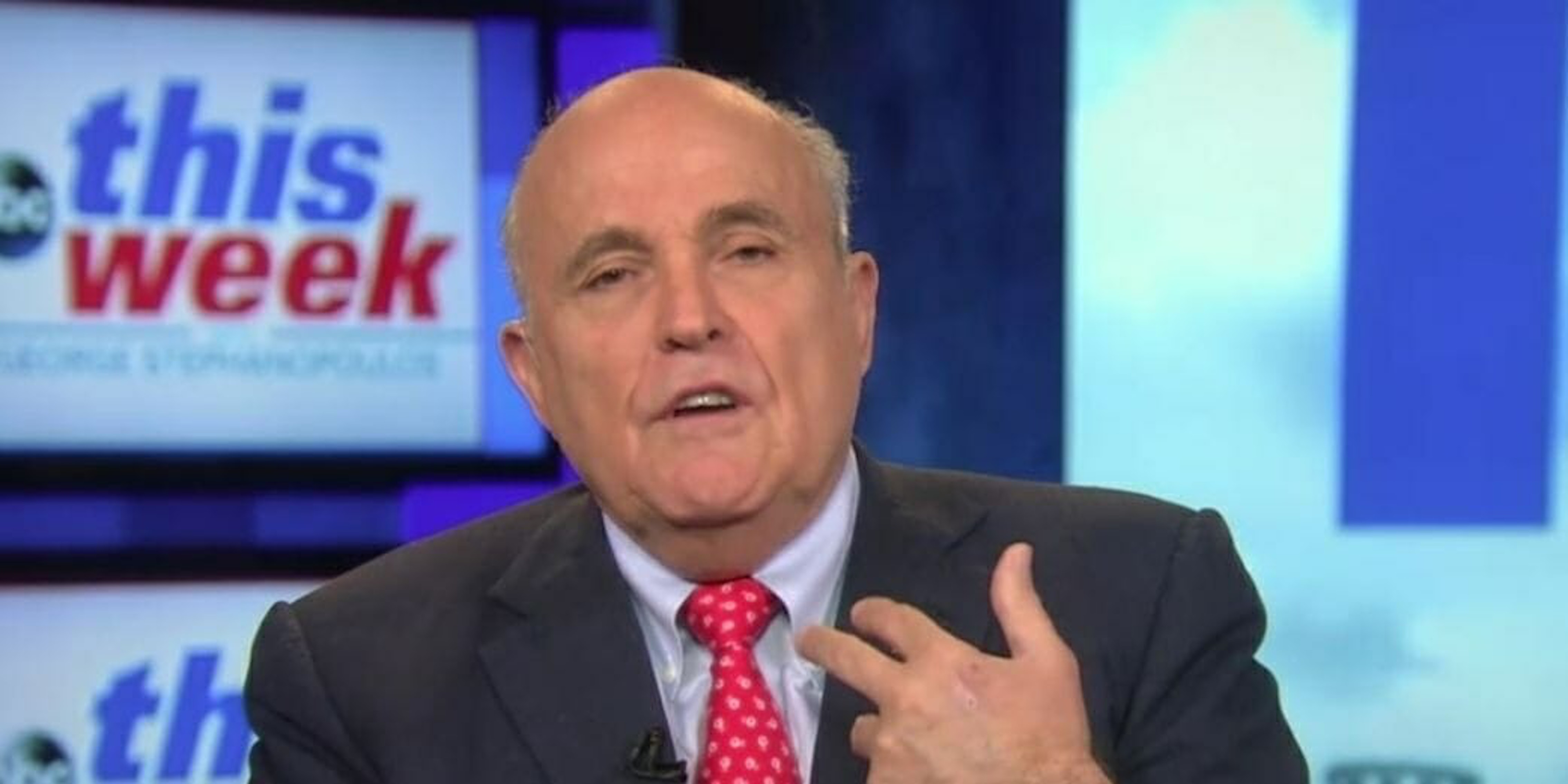 Rudy Giuliani said Sunday that if Donald Trump testifies in the Robert Mueller investigation, the president could take the Fifth Amendment.

In an interview on ABC News, Giuliani, recently hired to join Trump’s legal team, told host George Stephanopolous that Trump might not allow himself to be interviewed by Mueller, and if he does, he might invoke his constitutional right to remain silent so as not to testify against himself

Even if the special counsel subpoenas Trump, Giuliani said Trump doesn’t have to comply with that order to testify.

“They don’t have a case on collusion, they don’t have obstruction … I’m going to walk him into a prosecution for perjury like Martha Stewart did?” Giuliani said. “He’s the president of the United States. We can assert privilege other presidents [have].”

Pres. Trump's attorney Rudy Giuliani says he can't be confident the president won't invoke the Fifth Amendment if he speaks with the special counsel: "I've got a client who wants to testify… I hope we get a chance to tell him the risk that he's taking." https://t.co/LLi1C5Cedc pic.twitter.com/s7GT0y74WS

Trump still wants to testify for Mueller, Giuliani said, even though some on his legal team don’t believe he should. Giuliani said he’s trying to convince Trump of the risks of testifying for Mueller.

“Nothing I want to do more, because we did nothing wrong,” Trump said Friday, via the Washington Post.  “I have to find that we’re going to be treated fairly. … Right now, it’s a pure witch hunt.”

If Trump does use the Fifth Amendment, people are unlikely to forget this statement from 2016 when Trump wondered why you would invoke that right if you were innocent.

TRUMP in September 2016: "The mob takes the Fifth. If you’re innocent, why are you taking the Fifth Amendment?" pic.twitter.com/xuta4kGVuz

So, even though Giuliani is saying Trump could take the Fifth Amendment if he sits down with Mueller, that doesn’t mean it’ll actually happen.