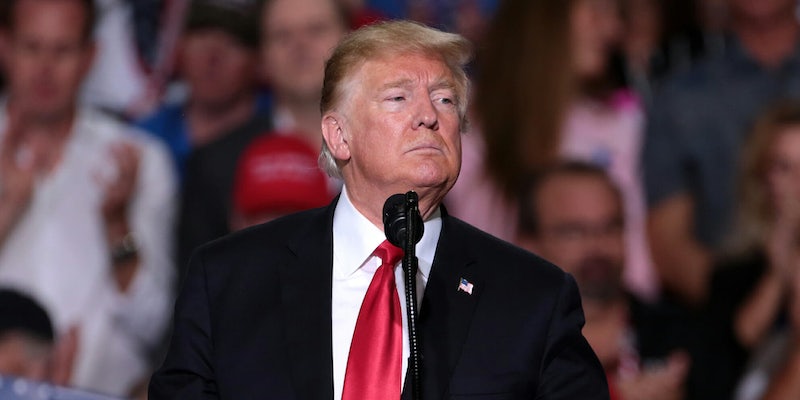 A group of more than 400 former federal prosecutors have signed onto an open letter that asserts that President Donald Trump would have been charged with obstruction of justice if he was not serving as president.

The letter, which says it was signed by former federal prosecutors who served in both Republican and Democratic administrations, specifically addresses a number of instances that were detailed in Special Counsel Robert Mueller’s report where the president tried to curtail the investigation.

“Each of us believes that the conduct of President Trump described in Special Counsel Robert Mueller’s report would, in the case of any other person not covered by the Office of Legal Counsel policy against indicting a sitting President, result in multiple felony charges for obstruction of justice,” the letter reads. “The Mueller report describes several acts that satisfy all of the elements for an obstruction charge: conduct that obstructed or attempted to obstruct the truth-finding process, as to which the evidence of corrupt intent and connection to pending proceedings is overwhelming.”

The former prosecutors cite instances in the report that said Trump tried to have White House Counsel Don McGahn fire Mueller, the president trying to have former Attorney General Jeff Sessions un-recuse himself from overseeing Mueller’s investigation, and the president trying to tamper with witnesses like Michael Cohen and Paul Manafort.

As of Monday afternoon, the number of signatures had reached 414. The former prosecutors who signed worked for a number of former presidents including Barack Obama, Richard Nixon, Bill Clinton, George H.W. Bush, Ronald Reagan, Jimmy Carter, Gerald Ford, and George W. Bush, among others.

You can read all of the letter here.