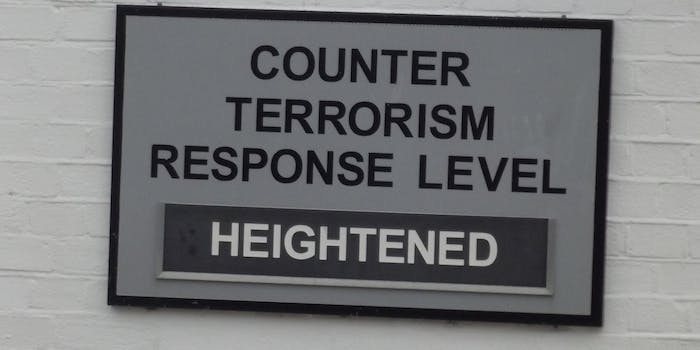 Domestic extremists are the no. 1 threat, but you wouldn't know it from Congress.

In the wake of the Charleston massacre and a high-profile report identifying domestic terrorism as a far greater threat to the country than Islamist radicals, America’s preeminent anti-domestic-extremism nonprofit has called on Congress to conduct hearings on domestic terror.

Richard Cohen, president of the Southern Poverty Law Center, sent a letter this week to the chairs and ranking members of the Homeland Security Committees of both the House and the Senate, asking for them to call hearings into domestic terrorism.

“During the 114th Congress,” Cohen wrote, “the Committee has had three oversight hearings on how overseas terrorist organizations spread extremist propaganda to radicalize and recruit.” But neither has “examined how these channels are being exploited by groups intent on carrying out domestic terrorism,” Cohen said.

The U.S. Department of Justice’s investigation into the June 17 murder of nine churchgoers at Emanuel AME Church in Charleston, South Carolina. The DOJ is considering both domestic-terrorism and hate-crime statuses for the attack, allegedly carried out by confessed 21-year-old shooter Dylann Roof.

Roof, if found guilty, would be far from the only recent domestic terrorist. A year ago saw a member of the “sovereign citizen” movement attack the Forsyth County Courthouse in North Carolina with guns and explosives, wounding a deputy. In the last year and a half, according to the New America Foundation, there was the Tallahassee police ambush, the Las Vegas police ambush, the Kansas City Jewish Center shootings, and the Blooming Grove police shooting—all resulting in fatalities, all conducted by domestic extremists.

A study conducted last year by Charles Kurzman and David Schanzer alongside the Police Executive Research Forum found that, of the 382 law enforcement agencies surveyed, 74 percent considered domestic right-wing terrorism to be a greater threat than Islamist extremism.