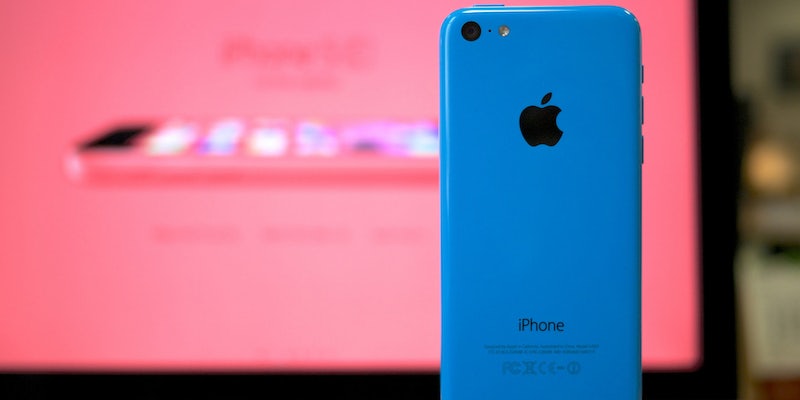 'If the method is viable, it should eliminate the need for the assistance from Apple Inc.'

A federal judge on Monday agreed to the Justice Department’s request to postpone a hearing over a court order directing Apple to help the FBI access a terrorist’s iPhone.

In a motion filed on Monday, the DOJ said an “outside party” may be able to help the Federal Bureau of Investigation access the locked iPhone 5c used by San Bernardino shooter Syed Rizwan Farook. If the newly announced alternative method works, the FBI would not need Apple’s assistance.

A magistrate judge in the U.S. District Court for the Central District of California last month ordered Apple to write custom software that would allow federal agents to flood Farook’s phone with passwords without risk of triggering a self-destruct security feature. Apple does not have access to the data due to full-disk encryption first enabled by default in iOS 8. Farook’s iPhone runs a version of iOS 9.

Apple vowed to fight the order, arguing that creating the software would put all its users at risk by creating a so-called “backdoor” in the company’s encryption. It also argued that the statute on which the order was based, the All Writs Act, could not be used to force a private company to compromise its own products. The legal battle set off a firestorm of debate over digital security versus national security and charges from Apple and its supporters that the FBI was attempting to set a dangerous precedent.

The FBI is testing whether the new method, demonstrated by an unnamed third party on Sunday, is “viable.”

“On Sunday, March 20, 2016, an outside party demonstrated to the FBI a possible method for unlocking Farook’s iPhone,” U.S. prosecutors wrote in the filing. “Testing is required to determine whether it is a viable method that will not compromise data on Farook’s iPhone. If the method is viable, it should eliminate the need for the assistance from Apple Inc. (‘Apple’) set forth in the All Writs Act Order in this case.”

The FBI originally believed Apple alone could access Farook’s locked iPhone due to its tight security features. By having Apple write custom software, the company could sign the code with its unique signature to allow it to work on the device. It is unclear what other method the FBI may pursue, though some believe it may be possible to access the phone’s data with enough money, skill, and the right tools.

The current Apple–FBI debate is part of a decades-long battle over encryption. FBI Director James Comey reignited the so-called “crypto wars” nearly a year ago when he argued that default encryption enabled in Apple and Google’s mobile operating system was aiding criminals and terrorists by making their communications inaccessible to law enforcement, a consequence Comey calls “going dark.”

The DOJ has requested Judge Sheri Pym, the federal magistrate judge for the district court in Riverside, California, that was set to hear the case on Tuesday, accept a progress report from the federal government by April 5 in lieu of tomorrow’s hearing.

Update 5:32pm CT, March 21: American Civil Liberties Union attorney Alex Abdo provided the following statement to the Daily Dot: “This suggests that the FBI either doesn’t understand the technology well enough or wasn’t telling us the full truth earlier when it said that only Apple could break into the phone. Either possibility is disconcerting.”