In defense of the Ditto and budget wearables market

Not everything can be an Apple Watch. And that's OK.

There seems to be an unspoken rule these days that wearable devices need to be as flashy and feature-packed as possible in order to be taken seriously. Many gadget gurus laughed off the Pebble as being too bland, giggled at the Misfit Shine’s lack of display, and will surely shoot down the Ditto—a tiny vibrating clip that alerts you of a notification on your smartphone—as being downright useless.

The funny thing is the Ditto might be the best idea for a wearable yet, simply because of what it doesn’t do.

That’s not going to stop people from making fun of the Ditto for being the modern version of a pager, but it speaks to a growing trend in wearables: The “crappy” ones have just as good of a chance of becoming your next gadget purchase as the ones with gorgeous color screens and feature lists that stretch on for pages. 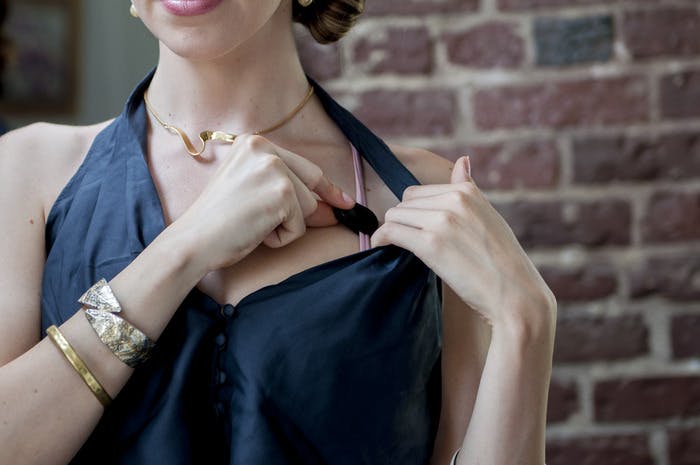 I own a first generation Pebble, a Nike+ FuelBand, the Misfit Shine, and a Moto 360. All of them do their jobs as advertised, but I wouldn’t consider any of them to be more or less useful than the others, despite the fact that they range in price from $99 all the way to $249.

I use my Moto 360 as my tool to keep me from staring at my phone all day. That’s its primary function for me and for many. When I get a tweet or an important email, my Moto 360 tells me, so I know to only check my phone when it’s something important. It might be a more technologically impressive product, with its bright round screen and various apps, but my $99 Pebble does the exact same thing.

There needs to be a place in the wearables world for bugdet products (or at least comparatively budget products). Technology is being quickly democratized, and though this market is a new one, it’s developing so quickly and getting into the hands of so many consumers, that there should be room for simpler and more affordable options—and this shouldn’t make them a joke. A product doesn’t have to be the thing in order to be useful to people. You can get a Fitbit Orb for less than $50, the Movo Wave is $30, and Xiaomi has a $13 tracker. If these aren’t stylish or experimental enough for you, there are a handful of affordable smart jewelry options that fall under more “out there” ideas.

No, they won’t be able to do everything the Apple Watch or Google Glass can do, but they’re not without their purpose or capabilities. And arguably, most consumers out there don’t need something that can do everything those two examples can do anyway.

The Ditto, with its customizable vibrations, four-month (four-month!) battery life, and Bluetooth connectivity so it works even if my phone is on its dock across the room, will perform its tasks well, and for roughly a tenth of the price of most wearables.

So before you roll your eyes at the next super-affordable gadget that pops up on Kickstarter, give the cheap, unimpressive wearables a chance. A device doesn’t have to revolutionize the market to be your next favorite thing.