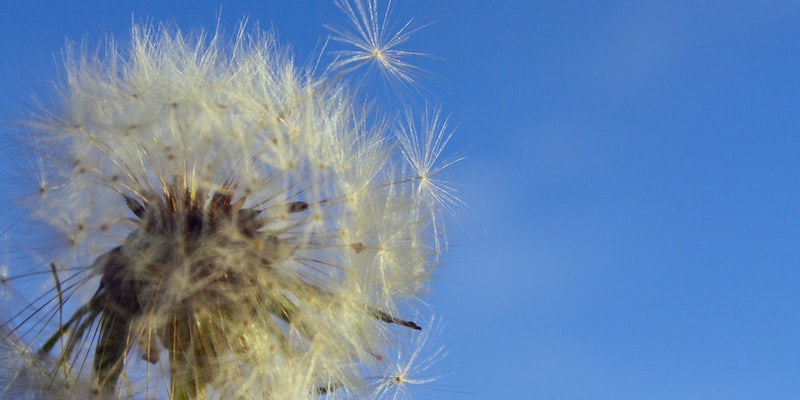 You’ve probably heard of the rapid rise of Ello, the highly viral and artsy social network that recently emerged as the self-proclaimed independent anti-Facebook. Everyone took a peek and a whole lot of us signed up.

The honeymoon ended quickly when news of $435,000 in venture capital, closed-source code, and a centralized structure gave the lie to Ello’s pro-independence manifesto: The ultimate goal was still the almighty dollar.

In the wake of Ello, thousands of people have turned to an old favorite: Diaspora, an open-source, anti-censorship, privacy-friendly, decentralized, and totally customizable social network that delivers on everything that Ello promised and more.

In the past week, the number of active users on Diaspora has nearly doubled to 25,000.

Founded in 2010 and owned by users, Diaspora hosts over 1 million total users but has repeatedly been deemed a failure for lacking a critical mass of users to propel growth and usage. That perception has been challenged several times in recent years, and deserves to be challenged again today.

All of the complaints that led users to leave Facebook for Ello—Facebook’s lack of privacy, its requirement for using legal names, and its “questionable ethics”—are far better addressed on Diaspora than Ello.

Despite being 4 years old—ancient in Internet-years—Diaspora has only just begun to peek its potential. Built on the ideals of freedom, decentralization, and privacy, this is the network that best answers the criticisms so many have ineffectually tossed Facebook’s way for years.

There’s no need to give up all your other social networking accounts just yet. But, if like many others, you’ve got complaints about the way those networks conduct themselves and treat you, the best message you can send them is to go to a better competitor.

Lots of helpful Diaspora users have written great introductions for new users to the network. Here’s our easy-baked guide to getting into Diaspora.

Diaspora is decentralized, so you can join from any number of servers. Go to https://diasporafoundation.org/ to sign up. Simply enter an email, pick a name, and go ahead. You’ll want to enter as many interests as you can on the registration screen so that you have lots of content to follow.

Finally, be sure to follow and post on #NewHere to talk to other newbies and get advice from veterans.

Posting on Diaspora is simple—there are no character limits, so it’s like posting on Facebook—but you have a bit more power in your hands thanks to the markdown that allows you to format as you see fit.

The tags on Diaspora function as a mix between Twitter and Facebook hashtags and Reddit’s subreddit communities. They’re well-organized unending conversations about topics that interest you. In the top right of the site, search for a tag (for instance, #newyorkcity). You can then follow the tag to subscribe to the conversation and, if you’re so inclined, contribute your thoughts.

Some of my favorite tags to get you started are #trees, #tor, #science, and #streetart.

4. Friend me, friend each other

Unlike its competitors, Diaspora does not have a multimillion dollar marketing team at work. Instead, it relies on word of mouth.

Add me as a friend, look at others chatting and add them as well. You can easily adjust your privacy settings to change what friends (or co-workers or acquaintances) can see or not but my suggestion is to start open and close as necessary.

Nathan Freitas, a prominent software developer and activist, has been using Diaspora as his blog platform of choice for some time. I’ll be blogging on the platform as well. Diaspora makes it easy to cross post to other networks like Facebook, Twitter, Tumblr, or WordPress, so anyone you want to see your post will.

Using the tags, it’s easy to get your blog seen by other members of the network who share the same interests as you.

One of the big positive sides about Ello has been its sleek minimalist design. Lucky for Diaspora users, you can customize the look and mimic your favorite aesthetic.

That’s the beauty of openness.

Photo via elektrollart/Flickr (CC BY 2.0)