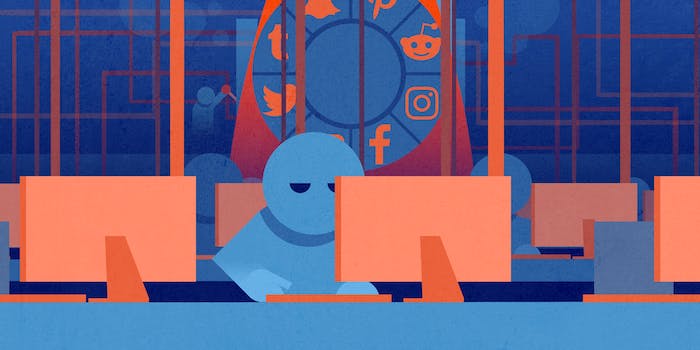 There are lessons still be learned from the dusty webpages of Demand Studios.

To work as a full-time freelance writer is to live with faith, much of it misplaced, that everything’s going to be alright.

Enough pitches will be accepted to provide ample work, checks will clear in time for bills to be paid, and pieces that end up cut will earn a kill fee or find another home. The whole existence is akin to dangling from an outstretched pole in front of a runaway locomotive, laying down track just ahead of its crushing wheels, hoping the path you’re building actually goes somewhere. Which is why, every so often when the Great Freelance Panic sets in, one must take on terrible “steady part-time gigs” to provide some level of sanity.

In 2009, that led to me writing for Demand Studios.

I’d heard about the company after its lengthy profile in Wired magazine. “So far, the company has paid out more than $17 million to Demand Studios workers,” wrote Daniel Roth in the piece. That promise of consistent payment, in an era of my career where $100 for a week’s worth of work was standard, gave me enough hope to try, so I signed up.

Like any content farm, the business model of Demand Media—the company behind Demand Studios, eHow, LiveStrong.com, and any number of other websites—was simple and direct. Every day their computers generated titles that could be heavily Googled, the sort of casual search terms that help us navigate the banal confusion of everyday life, say “How do you change a car light?” or “How do you renew your passport?” If the search led to Demand Studios’ posts, the company could generate revenue from banner ads on the pages, and the business would sustain itself. To build its army of websites, Demand Studios needed freelancers like myself.

It was a rickety gravy train no doubt sure to collapse, but no one knew exactly when.

After a quick application and trial period, I created an account and got to work. The day began by looking at the SEO-boosted titles Demand Studios was looking for. Next to each was a price, ranging from $5 to $20, depending on the length and research involved. It was during these nerve-wracking selections where one made their money. Find enough low-hanging fruit in the morning, you’d feast on that $30 or $40 an hour later that day. But you had to strike quick before some other lurking freelancer snatched the title away for their own queue. The most common option was $15 posts, needing roughly 500 words of copy. I gravitated to those.

An archive of “my work” still exists. There, you’ll find such society-enhancing pieces like “How to Get a Stuck DVD Out of a Multi-Disc Player in a Car” or “How to Withdraw a Lawsuit.” There was a short learning curve for writing the posts—proper formatting, what counts as “solid” intel—but when I got locked in, I’d be able pump out two to three posts an hour. And it paid like clockwork into my Paypal account every two weeks, easily my most consistently paid writing gig at the time. It was a rickety gravy train no doubt sure to collapse, but no one knew exactly when.

Six months in, I began to notice changes. The first was in editorial. Before posts went up, an editor gave it a once-over for typos and content, ensuring that it hit whatever murky “standards” Demand Studios had. It was a quick approval stamp from fellow employees who understood that the key to this enterprise was speed of delivery. But then, once-overs became twice- and thrice-overs, with overanxious editors sending back pages of notes for pieces like “How to Change a Lightbulb,” asking for sources beyond my own personal experience of a life spent changing said lightbulbs. Two or three posts an hour whittled to one, and gone went the justification that this soul-draining work came with a decent wage.

“Man, it was a good extra paycheck while it lasted,” writes Patrick O’Doare, who tracked the exploits of the company for the aptly named DemandStudiosSucks.com, in an email. “There was a period of time when it was easy to grab 10 articles on the same subject and just rewrite them.”

This was my big scam. If you woke on a lucky morning, the Demand Studios system was full of similar posts with slightly altered titles. “How to Get a Stuck DVD Out,” “How to Remove a DVD That Is Stuck,” and “How to Get a Stuck CD Out” lined next to each other, a gold deposit waiting to be panned. Click them into the queue fast enough and a writer could write a single post, copy and paste it into the others, and make a few slight edits to account for the slight topic change. It was the same kind of self-plagiarism Jonah Lehrer got in trouble for, but without pesky journalistic ethics heightening the penalty.

Eventually, the Demand Studios braintrust caught on and introduced a process that flagged any pieces that shared too many similar phrases as an author’s previous post. If flagged, a writer had to entirely rewrite the piece to get paid. I began making my changes more profound to sidestep this guard, but when the system caught onto those as well, I saw the inevitable drop-off on the horizon and just tried to shake out as many funds out as I could. Four or five violations later, my account was suspended permanently—a content farm self-plagiarist flung like rotten chum back into the uneasy freelance waters.

My own dismissal coincided with the model’s downfall. As Google tweaked its algorithm to guard against content farms, so ended Demand Studio’s ability to game the system. “It was all smoke and mirrors,” writes Richard Head, the other main poster at DemandStudiosSucks.com, in an email. “If you look at the content business it was all reliant on their domain name registrar. And the content was all reliant on Google. When Google introduced their Panda business model to cut down on content spam, it screwed up their income stream.”

“It was all smoke and mirrors.”

Thus ended the Content Farm 1.0 era. The scheme has popped up since, because money is money and the internet is so easily exploitable. But due to Google’s new algorithmic tweaks, they’ve been forced into insidious disguises, lingering at the bottoms of articles in Internet Chum boxes, or branded content interspersed with actual journalism so the two forms blend as one. It’s an open question of which era was better for our information gathering. Classic content farms didn’t trick you; if you ended up at an eHow page, you Googled to get there. And the pages were answering questions people had; that’s how the titles were created in the first place. Google broke a bad system, but when it did, worse ones rose in its place.

With the model broke, Demand Media has spent the last half-decade buying and selling various content-based web properties, no doubt at the whim of whatever its algorithm tells it. Demand Studios itself has been converted to StudioD, its vague goal being to “empower brands into becoming publishing heroes, marketing superstars, and social media giants”—whatever that means.

Without a powerful company to admonish, DemandStudiosSucks.com has become more memorial than anything, its long-dormant message board archived for anyone wanting to reminisce by scrolling through the long list of grievances. The site is like the last barbed wire strands marking off the borders of a defunct farm, lingering for either a gust of wind to lift and deposit further down the road, or for a new buyer to emerge and clean up the joint.

Google broke a bad system, but when it did, worse ones rose in its place.

“We tried to contact [Demand Studios] on several occasions to see if they were interested in purchasing the domain name,” writes Head. “We never heard back. Funny, considering that they’re mainly in the domain buying and selling business. But it’s still up for sale if anyone out there is interested.”

Despite my own regret, triggered whenever one of my Demand Studios pieces pops up in a Google search, I left my months in the content farm muck with a few extra gadgets on my utility belt. I learned how to write quick and lean, a handy skill in the world of freelance. I learned what my own threshold for a “bad gig” was. I even soaked up knowledge about how to hack our world through the writing of content. For instance, tips I learned while writing “How to Make Your Face Less Red & Puffy After Crying.”

Cold water and ice usually do the trick. If not, ibuprofen or eye drops can help. But do not rub the affected area. Never do that. “That will only increase the redness and make your face more puffy, undoing all of your hard work,” I wrote, some years ago, in a dank L.A. studio apartment. The tips continue to work now, even as the pages continue to wither on the internet’s vine.