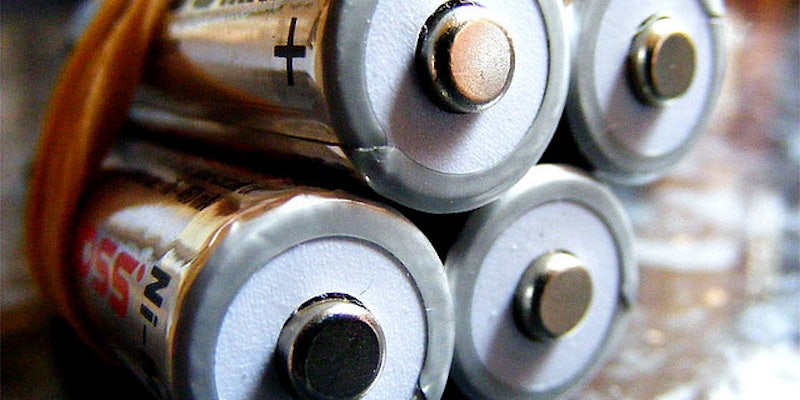 Deep-fried batteries could be the future of energy

Materials scientists may have unlocked a new battery technology.

Materials scientists may have unlocked a new battery technology by exposing tiny bits of graphene to a process that closely resembles deep-frying, according to Chemical & Engineering News.

The researchers believe that, with the right structure and composition, graphene could be used to make electrode materials for batteries and supercapacitors with enhanced ability to store power.

In order to achieve the correct structure, the scientists introduce an ultrasonic spray of graphene oxide droplets into a hot (160℃) organic solvent. This causes the water in the droplets to evaporate, leaving behind three-dimensional clumps of graphene sheets that resemble pom-poms. 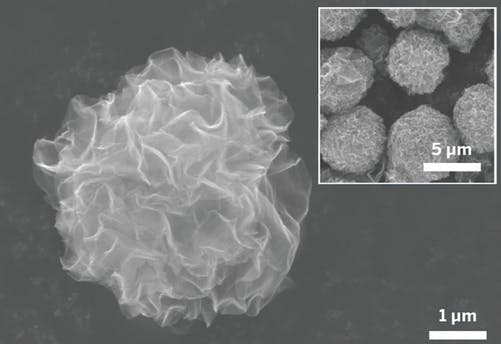 Scientists have for some time sought new ways to use graphene because of its excellent conductivity and stability, but have been frustrated by standard production techniques that result in a thin film that tends to stack when aggregated, which reduces the overall surface area and causes production difficulties. The goal with this research was to create 3D clusters of the material in order maximize the surface area.

Others have experimented with different ways of creating 3D graphene structures, including generating aerogels and foams. However, these products tend to be bulky and irregular, making them unsuitable for use as electrodes, Sang-Hoon Park, a materials scientist at Yonsei University, told Chemical & Engineering News.

Park and his colleagues have instead made spheres of material composed of nanosheets of graphene that radiate out from the center. This arrangement exposes more surface area and creates open nanochannels that can enhance charge transfer, Park said.

While it may be some time yet before we see this type of technology in commercial use, one of its major advantages appears to be its consistency and scalability for industrial applications.

It was only a matter of time before deep-frying became a legitimate technique in the laboratory as well as the kitchen. Fortunately, these fritters may lead to improved battery lives for all our devices instead of clogged arteries and a coronary.