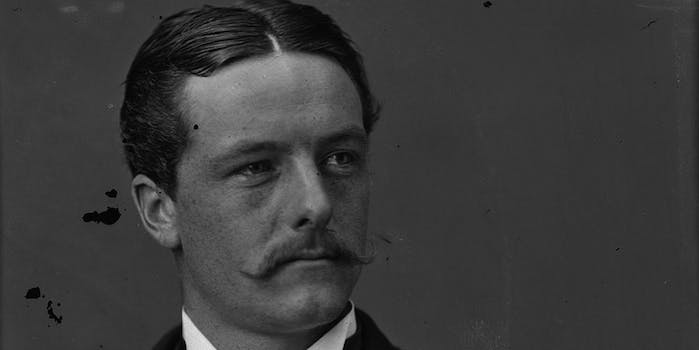 Dapper is a dating app exclusively for ‘gentlemen’

If you're lucky, you could be matched with a dapper gentleman.

Dating apps are a risky proposition. If you’re not getting matched with a man who wants to show you his micropenis, you’re getting matched with someone who wants to sign you up for the National Socialist Party. All in all, it’s not super fun to be a lady looking for love on apps like Hinge and Tinder. But the folks behind the new dating app Dapper are trying to change that. They’re asking men to agree to a “gentlemen pledge” before signing up, and they’re also asking that men pay an extra fee to meet ladies on the app.

Dapper, which launches November 16, is a Tinder-esque dating app that connects to Facebook and matches up users based on location and availability. The app differs from more famous competitors like Tinder in a few key respects. For one thing, it doesn’t offer a chat feature; CEO Josh Wittman noted that dating-app chat screens were often fruitless and meandering and didn’t actually lead to real-life dates. Most importantly, unlike Tinder, Dapper is trying to reach an entirely different target audience: Gentlemen.

If this pitch leads you to imagine mustache-twirling, trilby-wearing men tipping back gin and tonics and unironically quoting Swingers, you’re not alone. Wittman, however, is undaunted. He thinks it’s still possible for men to conduct themselves in an appropriate fashion in the digital age. That’s why the app initially requires male users to sign a “gentlemen’s pledge,” where men agree to “not push for sex on the first date” and to “know how to dance, at least a little bit.”

Another strategy Dapper uses to create a better environment for women is charging male and female users separate fees for dates. (Dapper has a deal with a handful of bars and restaurants in New York City, which give each couple on a Dapper date a free drink.) While a woman is charged $9 for each Dapper date, a man on the app has to pay $19.

That’s a big price gap, and it’s based on some pretty broad assumptions about the differences between male and female behavior on dating apps. The reasoning seems to be that because women can get laid whenever they want, men have to “try harder” to get their attention on dating apps, which means they should be willing to pay more to meet women.

While some of these assumptions are grounded in statistical reality—for instance, there’s a slightly higher prevalence of men than women on dating apps like Tinder—Dapper’s system seems to add to an unwelcome fire. It might, for example, encourage mens’ rights activists who consider the date-fee differential yet another example of so-called “female privilege.”

That’s not to say Dapper’s goal of creating a more supportive environment for women, which puts it in the ranks of similar “female-friendly” dating apps like Siren, Wyldfire, and Mesh, isn’t admirable. But as any gentleman worth his salt knows when he buys a new suit, Dapper might need a few minor alterations.