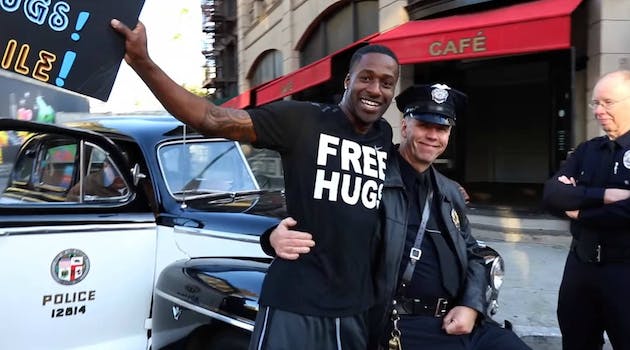 Hopefully, this will make you feel a little better.

It’s been one of the worst weeks in recent American history. Alton Sterling was shot by police Tuesday morning, and the next day, some of the last moments of Philando Castile’s life were shown on Facebook Live after he, too, was shot by police. Then, the streets of downtown Dallas erupted in gunfire Thursday night as five police officers were killed by an assassin.

Sympathy, sadness, and, yes, anger have coursed throughout the internet the day after Dallas was briefly turned into a war zone, but the city also has begun to try to heal.

That video—and the sympathy and sweetness showed by the people who the police officers are sworn to protect—won’t wash away the sadness that have enveloped us this week. But it’s a start. And at least, for the last 10 minutes, maybe you were crying for a different reason.