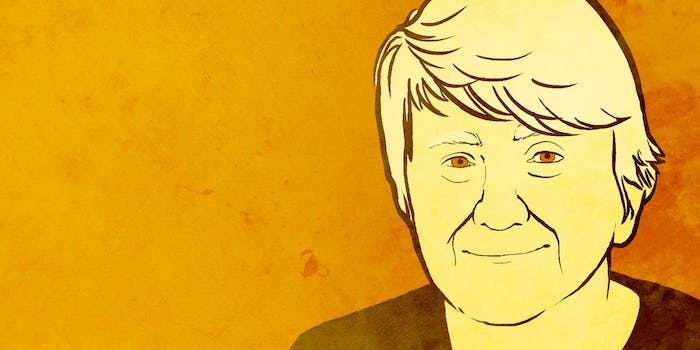 The 71-year-old and her children were the first defendants to be found guilty under the federal statute.

The first person convicted of cyberstalking leading to the victim’s death has died in prison, just three months into her life sentence.

Lenore Matusiewicz, who passed away at age 71, had been in poor health ever since her February sentencing hearing, which the federal judge conducted at her bedside. She died at the Federal Medical Center Carswell in Fort Worth, Texas, on May 6. The cause of death was not immediately available.

In July, Matusiewicz, her son David, and her daughter Amy Gonzalez became the first defendants to be found guilty under a federal law criminalizing cyberstalking.

The court found them culpable in the 2013 shooting death of David Matusiewicz’s ex-wife Christine Belford and her friend Laura “Beth” Mulford, though Lenore’s late husband Thomas pulled the trigger.

Each family member received a life sentence in February.

Thomas shot Christine and Laura on Feb. 11, 2013, in the lobby of a Delaware county courthouse, as the women arrived for a child-support hearing. After exchanging fire with police, Thomas shot and killed himself.

The federal government accused Lenore and her children of engaging in a campaign to stalk, harass, and torment Christine and her three daughters in the three years preceding Christine’s murder.

The government argued that the Matusiewicz family used everything from snail-mail to YouTube to “broadly disseminat[e]…false allegations that Christine Belford had, among other things, abused her children, suffered from mental illness[,] and attempted to harm Lenore Matusiewicz.”

The three family members were also accused of having “recruited and used a variety of people to conduct physical and online surveillance of Christine Belford and her children.”

The child-support hearing was part of a long battle between Christine and Lenore’s son David over their three daughters. David lost his parental rights after he and Lenore kidnapped his daughters in 2007 and took them to live in Nicaragua. Authorities located the family in 2009, arrested David and Lenore, and returned the children to their mother’s care. Investigators alleged that David began orchestrating the stalking campaign from his prison cell.

At the five-week jury trial that occurred last summer, federal prosecutors argued that Christine’s murder was reasonably foreseeable, given the stalking and harassment that preceded it. Defense attorney Edson Bostic countered that the plan to murder her was Thomas’s alone and that he had not shared it with his family. Nevertheless, a federal jury found each family member criminally responsible for Christine’s death.