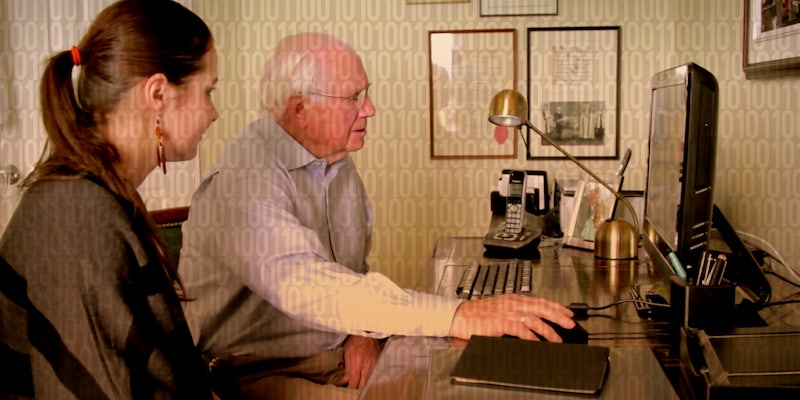 Introducing the Olds to the Internet

A new film is based on a community program to bring senior citizens the gift the Web.

“Could you explain a bit about this ‘Face-something’ and having to be a ‘friend,’” one senior citizen asks at the start of Cyber-Seniors, a new documentary now available on VOD that chronicles how seniors learn to use the Internet. She’s referring, of course, to Facebook, the ubiquitous social network.

It’s hard for anyone under the age of 35—or even under the age of 65—to imagine not understanding how to use Facebook, but for those born around the end of the first World War, it’s totally foreign. But even for members of the older generation, it’s never too late to learn how to use the Internet—and even how to make a YouTube video—if just for a short while.

The film is based on a community program of the same name started seven years ago by sisters Kascha and Macaulee Cassaday. They saw how Skype and the Internet allowed them to stay in close contact with their grandparents who lived a few hours away, and knew it would be beneficial to other seniors—in this case, about 70-years-old and up. After the Toronto-based program began gathering steam, older sister Saffron Cassaday, a filmmaker, decided to create a film about her sisters’ important efforts and the ever-widening generation gap created by technology.

“[Using a computer] was just something I grew up with, like learning to walk or talk. I just figured it out,” Kascha, 22, told the Daily Dot. “[For seniors] it’s like learning a language so far down the line that it’s almost impossible.”

But she and Macaulee, 20, realized that for the seniors, it was a language worth learning. Facebook and Skype are the main pillars of Cyber-Seniors 101, but before the volunteers even tackle how to use these programs, they have to start with the uber-basics, like turning on the computer and left click vs. right click. Young volunteers, like Henri, Max, and Julia, sit down with the seniors at their personal computers and exercise the utmost patience as they walk their elders through this brand new terrain.

“I really don’t believe I could learn. I think I’m too old.”

They program started small, with approximately 12 student volunteers and 20 so-called cyber-seniors participants spanning two local retirement homes. Today, they have 180 partner centers (meaning schools, libraries, and retirement homes that have agreed to conduct the same program) and 488 students who have pledged to serve as teachers.

The Cassaday sisters and the other volunteers found that it wasn’t lack of technical skills but rather fear that created the seniors’ trepidation about learning to use the Internet. “A lot of seniors actually came into this program knowing about the dangers of the Internet,” Saffron, 27, said. “People can be rude and mean. … Our job was to convince them it’s not all bad. It’s gonna be OK.”

“I really don’t believe I could learn. I think I’m too old,” Shura, then 88, says at the onset on the film. She says she was interested in learning about Facebook and the like so she could keep in touch with her children and grandchildren, a reason echoed by nearly all the other participants.

While we young folk have found so many crazy and unique uses for the Internet, the seniors’ mission serves as an important reminder that the Internet, at its core, is here to keep us together, not tear us apart. We take for granted that we can send an instant hello or a link to a hilarious dancing cow video to a college friend across the country with a quick click-clack of the keyboard, never stopping to reflect on how amazing that is. Perhaps it’s because we can’t remember a time when this wasn’t a possibility: But for the Cyber-Seniors, all they’ve known is life without it. They live at a slower pace, partly because of their physical limits and partly because they weren’t raised in a culture of instant gratification. So when they are instantly gratified, by logging into Facebook or successfully completing a Skype call, they seem so excited, so grateful, to have access to this medium that allows them to connect. It’s sobering.

The Internet also has practical uses for seniors and can help them with previously labor-intensive tasks. One cyber-senior, Ellard, 89, discovered he could do his banking online, which saved him hours-long trips to the local bank. But perhaps the most remarkable revelation from the film is that seniors can use the Internet with just as much ferocity and competitiveness as their younger counterparts, and nowhere was this more evident than in the Cyber-Seniors YouTube video contest.

It all started when Shura made a video with her teenaged helper Max called “Cooking with Shura,” in which she makes grilled cheese with a clothes iron in a matter that would give even the laziest frat boy a run for his money.

This inspired videos about friendship, gardening, how to take selfies, and even one about how to pick up men, from cyber-senior Annette, 77. But Shura, the original senior YouTuber, got particularly into it, engaging her Facebook friends to help her get more views and win the whole damn thing. 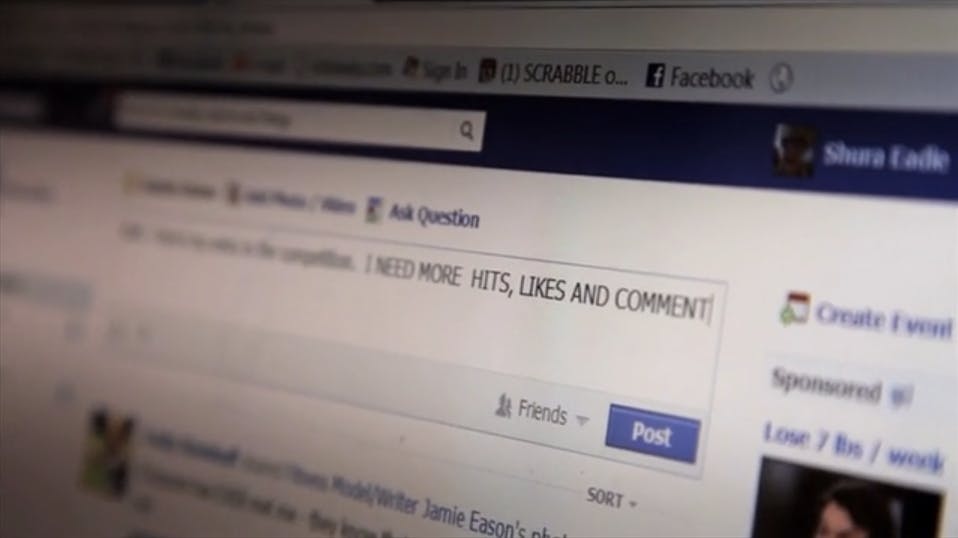 With the YouTube video contest, the Cassaday sisters realized they had this untapped resource of years of knowledge, wisdom, and humor, and it made perfect sense to give the seniors a platform to share.

“They’ve been around for a long time. They have a lot of stories. They’re a lot more exciting than young people tend to give them credit for,” Kascha said.

“No matter how old are you are, we do need a purpose for getting up in the morning.”

This is another thing we take for granted: the running log we keep of our lives. I can log into Facebook right now and see exactly what I was up to in 2007 based on the photos I posted, photos I was tagged in and the links I shared. For many seniors, the most they have are physical photo albums and some home videos, which their children and grandchildren will look back on later with little context. Teaching senior hows to make videos isn’t just a healthy exercise to keep them young and vibrant: it’s giving us access to a treasure trove of stories and lessons from the past and helping to create historical documents that will live-on long after they’re gone.

A particularly profound moment in the film comes when Shura sees that she has one “dislike” on her YouTube video. “Who could dislike something so innocuous?” she asks, to no one in particular.

This is something that we avid internet users struggle with everyday: Why does this Twitter user I follow HATE the word “moist”? How could my Facebook friend write three paragraphs citing how disappointed she was about the Dexter finale? We’ve all become [almost] immune to this culture of hatred and negativity, but for a first-time user, it can feel inexplicable.

Saffron informed me that Shura has since passed away, but not before being named the winner of the contest. Her video currently has over 11,000 views.

“It is important, as I have found out, that you have a new meaning and purpose in life,” Ebert, 87, says to the camera. “Being a senior citizen, being in that stage of your life, you’ve lost much of what you had before. But at the same time, it can be a sort of pleasant and freeing time, when we can do some of the things that we’ve always wanted to do but never could.”

He adds: “No matter how old are you are, we do need a purpose for getting up in the morning. And that purpose is not just to take our pills, but that purpose is to do something which we find pleasurable or satisfying.”

For seniors, seeing their family member’s Facebook photos on their screen, leaving a video on someone’s wall, or Skyping with relatives in far off places brings them that purpose, pleasure, and satisfaction.