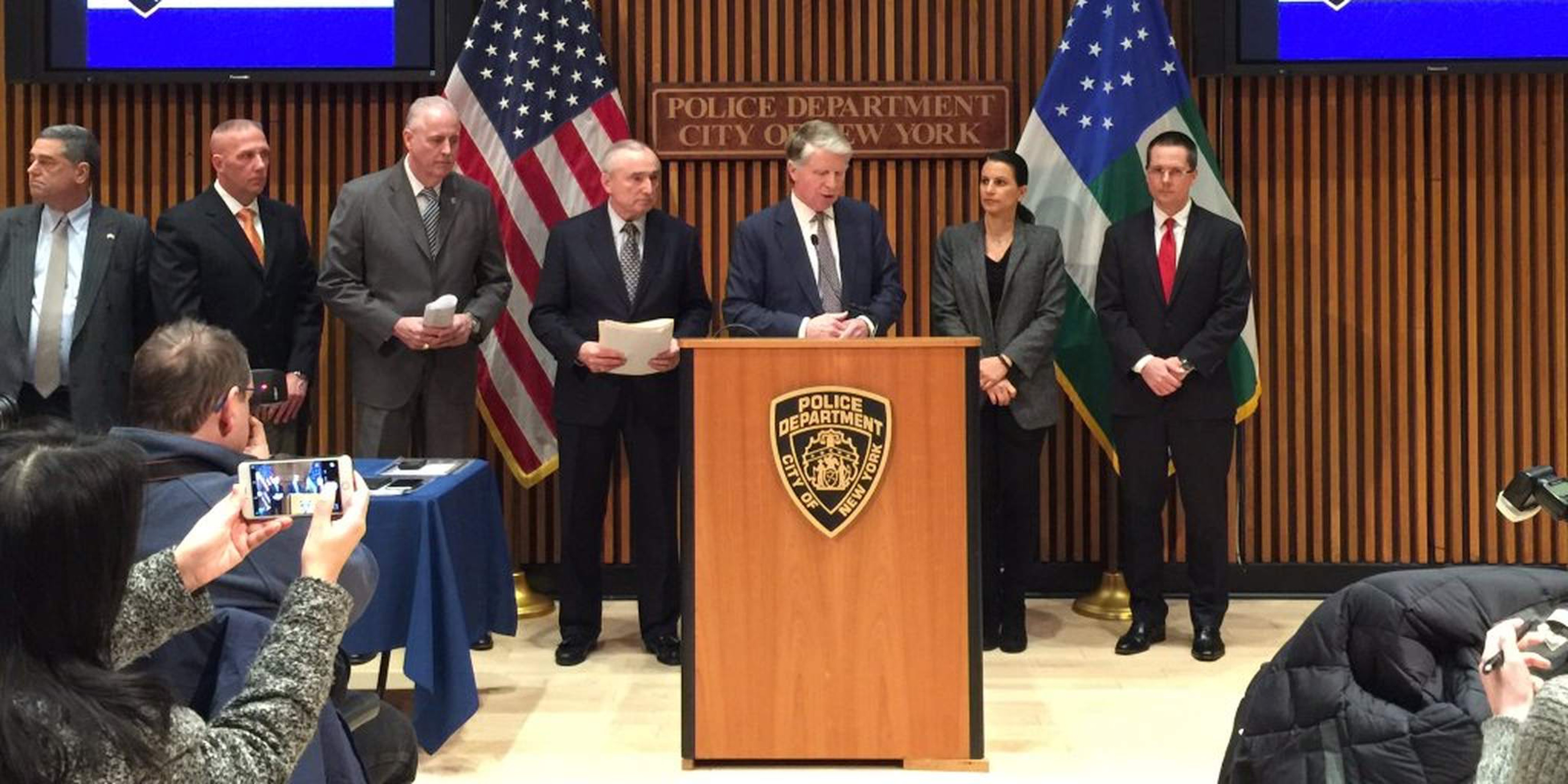 'Is this really a privacy issue, or is it a public-relations issue?'

Vance placed himself at the center of the decades-long encryption debate last year when he pointedly criticized the two major tech firms’ adoption of full-disk encryption—which scrambles data on people’s smartphones in a way that manufacturers cannot reverse—in Senate hearings and media interviews.

Early on Tuesday, hours before a federal judge ordered Apple to help the FBI unlock a terrorism suspect’s iPhone, Vance wrote a New York Times op-ed arguing that “the line between privacy and security in our society should not be drawn unilaterally by two of the world’s most powerful companies.” He expanded on that argument in a press conference with the New York City police chief on Thursday afternoon.

“iPhones are the first consumer products in American history that are beyond the reach of search warrants,” Vance argued at the media briefing. “They are warrant-proof.”

Despite repeated requests made over the past several months, Vance’s office has refused to provide the Daily Dot with details about the investigations, several of which are now closed.

“Previous iOS systems were encrypted and not warrant-proof,” Vance continued. “So is this really a privacy issue, or is it a public-relations issue?”

DA Vance: We are not asking for a "backdoor" for the government to access anything. We want Apple to maintain its own access.

Vance accused Apple and Google of drawing a line that coincides “with their economic self-interest.”

Privacy advocates, security experts, and even Apple CEO Tim Cook acknowledge that it is to their benefit to fight for unbreakable encryption, but they counter that it’s unclear how this fact undermines the pro-encryption argument.

“Our business is based on selling these,” Cook said during the 2014 iPhone launch as he reached out to touch an iPhone. “Our business is not based on having information about you. You’re not our product.”

“I think Tim Cook has demonstrated that encryption and privacy and security are not just features of Apple’s business model, they’re something he personally cares a lot about,” Nate Cardozo, a staff attorney at the Electronic Frontier Foundation, told the Daily Dot. “The fact that Apple is the biggest, wealthiest company that has ever existed in the history of the world gives him the wherewithal to actually back up his beliefs.”

Vance has repeatedly denied wanting a special door through which to access encrypted communications—an arrangement that technologists warn would introduce new vulnerabilities into secure systems.

“We are not asking for a ‘backdoor’ for the government to access anything,” Vance told reporters. “We want Apple to maintain its own access.”

Opponents of strong encryption have avoided using the term “backdoor” at all costs because of its negative connotations.

“I don’t know about the public, but politicians certainly do not understand that ‘backdoors, front doors, technical assistance, etc.’ are all the same thing: weaknesses that reduce security both on a technical and a political level,” said Nicholas Weaver, a computer scientist at the University of California, Berkeley. “As for now, U.S. companies can export strong products to the rest of the world, but if they are forced to provide access to the U.S., they will have to provide access to everyone else.”