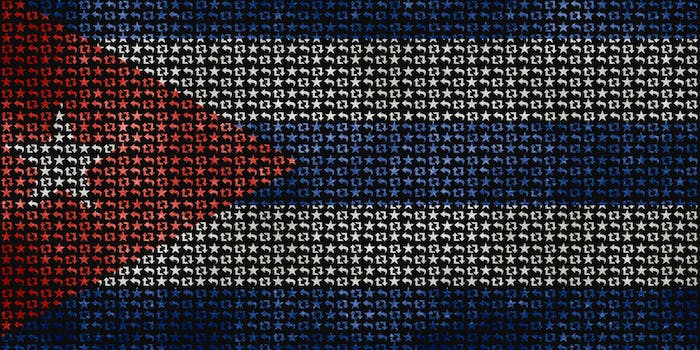 Cuba’s version of Twitter was secretly created by the U.S. government

Was this an isolated project?

In 2009, Cubans started getting text messages on their mobile phones advertising a new SMS-based social network, a rarity for the small island country with government-controlled telecommunications. These messages hyped up a text-based social service, ZunZuneo, the name of which means the sound of a hummingbird’s tweet in Cuban slang. The Twitter-like microblogging platform caught on, eventually reaching 40,000 users. People used it much as they use other social networks, like Twitter or Facebook: they joked, they argued, they made plans.

And, as the Associated Press revealed today, they provide critical intelligence to the U.S. government. ZunZuneo was created by a clandestine corner of a government aid agency in an effort to stoke dissent and break Cuba’s Internet embargo. They reportedly imagined that ZunZuneo could grow from a place for young chatter to a springboard for a sort of “Cuban Spring.”

The ambitious U.S. Agency for International Development (USAID) program used front operations and spent at least $1.6 million on the project. It is not clear if the White House had knowledge of the project, although US law requires presidential authorization for covert operations.

So-called “Project ZZ” used front companies based in Spain and the Cayman Islands to set up ZunZuneo and distance it from U.S. ownership. Team members worked from Costa Rica. Once ZunZuneo gained Cuban subscribers, the U.S. created a database to record their demographic information (gender, age) as well as their political tendencies and receptiveness to the U.S. message. At one point, a satirist hired by the U.S. polled ZunZuneo and got 100,000 responses — all of which were logged in the U.S.-controlled database.

“They didn’t tell me anything, and if they had, I would have done it anyway,” the satirist, a Havana-born and Chile-based artist named Alen Lauzan Falcon, told the AP. “In Cuba they don’t have freedom. While a government forces me to pay in order to visit my country, makes me ask permission, and limits my communications, I will be against it, whether it’s Fidel Castro, (Cuban exile leader) Jorge Mas Canosa, or Gloria Estefan,” he said.

USAID attempted to exit the ZunZuneo project once it was established, apparently realizing the hypocritical stance of creating a social network to give Cubans a voice uninfluenced by their government while controlling it as a foreign government agency, which is something James Eberhard, a Denver-based tech CEO brought in to help on the project, pointed out.

So, according to the AP, the ZunZuneo project turned to Jack Dorsey, one of the co-founders of Twitter. He did not comment on the article, and it appears he turned the proposition down.

Since Dorsey wasn’t an option, the team decided to have Eberhard lead recruiting efforts for a group of employees who could eventually take ZunZuneo over without them knowing that it started as a U.S. government project. They flew in candidates from all over the world, but didn’t find anyone to make the network self-sustaining and break it free from government oversight. The U.S. government was paying tens of thousands of dollars to keep a secret program running that they couldn’t justify.

So they shut it down in 2012, almost as abruptly as it went up. Here is the company’s last post to its Facebook page:

This is a bombshell revelation for a number of reasons. (First off, it’s amazing that the U.S. government created a successful social networking infrastructure considering how crappy Healthcare.gov was.)

More importantly, it raises a key question: was this an isolated project? Cuba isn’t the only regime the U.S. would want to influence in this way. This news will undoubtedly prompt inquiries into fledgling social networks with dubious origins from governments around the world.