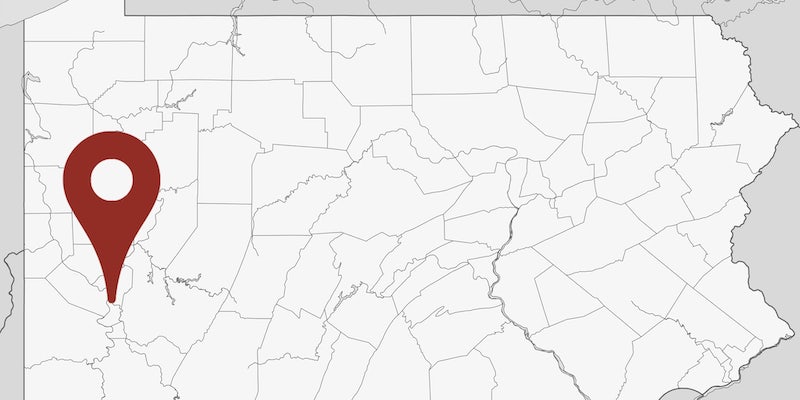 The town with no Google Map

Anybody ever heard Cranberry, Pa.?

Cranberry, Pa. Anybody ever heard of it? Neither has the Internet! And the people who live there are starting to get fed up.

That’s the story Pittsburgh Tribune-Review staffer Bill Vidonovic is telling this week. He says the tiny western Pennsylvania township, located 25 minutes north of Pittsburgh, is at its collected wits end over the fact that the community, population 28,098, aren’t getting any love from websites like Facebook, Google Maps, or Mapquest. Type the township into any of the aforementioned websites and you’ll get something closer to “near Fernway,” “Crider’s Corners,” or “near Venango County.”

“We want people to understand they’re in Cranberry,” said Ron Hendhsaw, the township’s director of community development. “We’ve gone to Google and whomever [Mapquest] to try to correct that, but so far, Google [and Mapquest have] been reluctant to change that.”

Vidonovic added representatives from Facebook didn’t even bother to return his phone call, though it should be noted that Cranberry has, among other entities, a Wikipedia page, a Zillow landing page, and an adorable official website.

Most of the reason this is happening is that Cranberry’s such a small town. Only 11,000 people lived there in 1980. Only 2,000 more are expected to arrive within the next 15 years. The tiny township didn’t get its own zip code until 1994.

“I just think it’s the idea that nobody knew where Cranberry was,” said nearby neighbor Ray Wetzel, 84.

Not even Big Data.