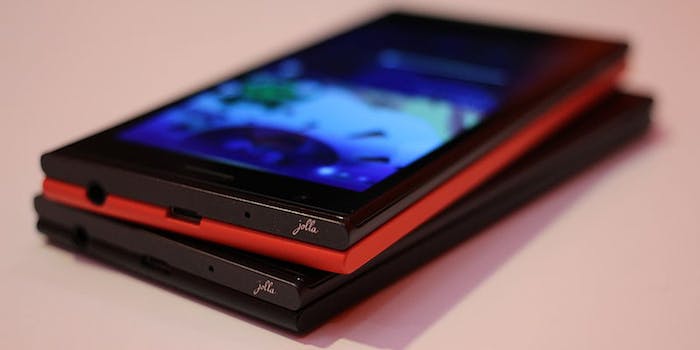 Here's why you need to take a closer look at your phone bill.

Have you ever really looked at your wireless phone bill? Have you read through every single page, noting every single charge to definitively discern precisely what you were being billed for? Have you ever noticed an unclear fee and called the phone company to determine what it was referring to?

Of course not. You’ve never done that. Nobody does that. But, here’s the thing: You might want to start.

In a hearing held by the U.S. Senate Committee on Commerce, Science and Transportation on Wednesday afternoon, Senator Jay Rockefeller (D–West Virginia) unveiled a report about a widespread practice that has allowed wireless carriers, along with a cadre of unscrupulous third-party companies, to scam millions of dollars out of American consumers through a practice called ?cramming.”

Cramming occurs when wireless customers have charges put on their phone bills that they didn’t specifically or intentionally authorize. Rockefeller’s 82-page report charges that cramming is both widespread and seriously problematic. It often stems from someone thinking they’re receiving something free, or for a one-time payment—such as ordering a ringtone or celebrity gossip alerts—but end up on the receiving end of recurring monthly charges. Such fees are typically intentionally buried deep inside hard-to-understand phone bills.

“For as long as they have been giving outside parties access to their customers’ bills, the major phone companies have assured Congress and the public that they are protecting their customers from billing fraud,” Rockefeller said in a statement. ?But this report makes it clear that is not the case. Cramming on wireless phones has been widespread and has caused consumers substantial harm.”

The issue of cramming dates back to the breakup of the AT&T in the early 1980s. In the wake of the split, the Baby Bells—the regional companies the corporation was broken up into—weren’t allowed to provide its own long-distance service, so its contracted with specialized long-distance companies and then included the charges customers incurred making those long-distance calls onto its regular phone bills.

This practice triggered a realization among phone companies: phone bills could essentially be treated like credit cards, with people racking up charges through their phone bills and then paying them off at the same time they paid for their service. This concept eventually grew into a multibillion industry. However, because phone bills didn’t come with the same consumer protections as credit cards, this billing system became a haven for scammers who snuck fraudulent charges into people’s bills hoping the victims would pay without noticing anything was amiss.

Following the publication of a 2012 Senate investigation into phone-bill cramming, the country’s three largest landline phone service providers agreed to stop letting third parties place charges on their customers bills. No such agreement was reached among wireless carriers and, as cellphones grew to cannibalize the landline phone market, a new generation of shady dealers moved to do the same thing to cellphone customers.

Many wireless carriers already give customers the option to prevent third-party billing, but few people actually take advantage of this option because it is rarely publicized.

Other suggestions proffered at the hearing included either requiring consumers to voluntarily and specifically opt into allowing third-party charges on their wireless bills or simply banning those types of charges outright.

In some states, such as Vermont, those types of charges on landline phones are banned; however, doing the same thing for wireless carriers could have the unintended effect of stifling innovation in the wireless sector—especially in the context of increasing access to financial services for communities of people without easy access to traditional banking services. California is the only state with regulations requiring wireless carriers to receive explicit customer authorization before allowing third parties to place charges on their accounts.

Vermont Attorney General William Sorrell, who testified in Wednesday’s hearing, noted that the worst part of cramming is that most of the people affected by it have no idea it’s even  happening. In the summer of 2012, Sorrell’s office conducted a survey of Vermont residents on two major wireless networks and discovered that 60 percent of people with charges with on their cellphone bills from third parties said those charges were unauthorized. The survey also found that 80 percent of respondents were not aware it was even possible for companies other than their wireless providers to place charges on customers bills.

“In the wireless arena, self-regulation has failed,” Sorrell said.

According to critics of the industry, cellphone carriers have little incentive to halt the practice because the wireless providers can take up 40 percent of the fees third-party companies charge their customers. “There’s a big incentive for the carriers to look the other way.”

Michael Altschul, a senior vice president and general counsel at the wireless industry’s chief lobbying group CTIA, insisted that wireless companies were doing everything in their power to stop cramming. “CTIA and its members share the committee’s concern … about cramming. Placing an unauthorized or misleading third-party charge is wrong,” he said, insisting that each of the major carries already employees stringent vetting and safeguards against cramming.

Even so, Altschul cast doubt on how widespread cramming even is. ?The annual complaint rates do not suggest a significant problem in this area,” he said. “I don’t think that majority of charges [people find on their bills] are cramming. I think the majority of charges are ones that consumers have approved and opted into.”

For his part, Sorrell disagreed with Altschul’s assertion that wireless carriers were going above and beyond the call of duty to prevent cramming.

?The reality has been very mixed,” he said. ?Some carriers have rather robust reimbursement mechanisms, whereas others only reimburse customers for the prior two months [of charges] no matter how long the monthly charges have been going on, and others just referred customers to the third-party companies [responsible for the bill in the first place].”

Wireless carriers voluntarily eliminated the Premium Short Message Service (PSMS), a major source of cramming, around the beginning of this year, following a round of intense pressure applied by a coalition of the attorneys general of 45 states. However, the report states “they continue to allow third-party charges on consumers’ wireless bill using methods that do not involve PSMS.”

Government officials at both the federal and state levels have taken wireless companies to task for cramming in recent years. In 2010, Florida Attorney General Bill McCollum reached a $800,000 settlement with Sprint for allowing third-party companies to offer consumers supposedly free promotions like ringtones, horoscopes, or smartphone wallpapers that ended up costing as much as $19.99 per month.

Earlier this year, the Federal Trade Commission (FTC) forced the operators of an expensive operation that crammed bogus charges onto the phone bills of wireless users who signed up for sex tips and celebrity gossip alerts to surrender over $10 million in assets ranging from a house in Beverly Hills to fancy cars like a Range Rover and a Bentley. In a press release, a FTC spokesperson noted that the monthly charges, which consumers never actually agreed to pay, appeared on their bills under vague, difficult-to-understand names like “77050IQ12CALL8663611606.” When people did complain about the charges to their phone companies, many of the promised refunds never actually arrived.

During Wednesday’s hearing, Sorrell added that other third parties opted for more deliberate obfuscation when it comes to what names would be associated their charges on users phone bills. He gave example of scammers putting names on the bills like “Text Message Savings” or “Refund” to intentionally confuse consumers into thinking the charges were actually money being credited into their accounts.

The most high-profile example of the government cracking down on cramming came earlier this month, when the Federal Trade Commission filed suit against T-Mobile for enabling widespread cramming on its network. ?We have no reason to believe that T-Mobile is the only wireless company engaging in this practice,” said Travis LeBlanc, the acting chief of the FCC’s Enforcement Bureau, at the hearing.

The FCC recently posted a video on YouTube explaining what cramming is and how consumers can recognize when its happening to them:

The video recommends that people review their telephone bill every month to make sure they aren’t being billed for services they never intentionally signed up for. If people see charges they don’t recognize, they should call up their phone provider and inquire about it—often the charges will be refunded. If that doesn’t work, the FCC has an online complaint form where people can report scams.

Photo by pestoverde/Wikimedia Commons (CC BY 2.0)