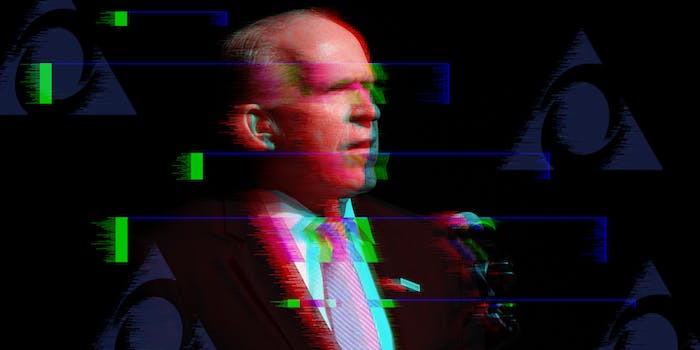 The young man is also suspected of leaking thousands of FBI and DHS employees' personal data.

Authorities in East Midlands, England, arrested a 16-year-old boy on Tuesday for allegedly hacking the personal email account of the CIA director and releasing the personal information of 31,000 government agents.

The hacker known as “cracka” was arrested on multiple counts of suspicion of conspiracy to commit unauthorized access to computer material, the South East Regional Organised Crime Unit told the Daily Dot via email.

“Cracka” made headlines in October for hacking the personal AOL account of CIA Director John Brennan, and this week he dumped the personal information of 20,000 FBI employees and 9,000 Department of Homeland Security agents, two of cracka’s associates told the Daily Dot via Twitter DM.

The South East Regional Organized Crime Unit declined to release any more information about the arrest, but cracka’s associate, who goes by the username “Cubed,” told the Daily Dot that cracka had been released on “unconditional bail.”

Cracka has previously claimed that he doesn’t work alone but rather with a group of hackers called “Crackas With Attitude.” For his most recent hack, in which he dumped the personal information of 20,000 FBI employees and 9,000 Department of Homeland Security agents, he went by the username “@DotGovz” on Twitter.

Cracka and his group dedicated their hacks to the #FreePalestine movement, saying the U.S. government would have to cut ties with Israel for the hacks to end. When the Daily Dot asked Cubed why he and cracka supported that cause, he said, “We just support it. Its [sic] not right They are getting to [sic] wise the government. They think they know it all.”

In January, cracka claimed to have hacked the personal email account of Director of National Intelligence James Clapper. He also claimed that he had hacked the home phone of John Holdren, President Obama’s science and technology adviser, and forwarded his calls to the Free Palestine movement.

Here is the full statement from the South East Regional Organised Crime Unit:

Update 8:55am CT, Feb. 12: A spokesperson for the South East Regional Organised Crime Unit incorrectly identified the alleged hacker’s age. He is actually 16.