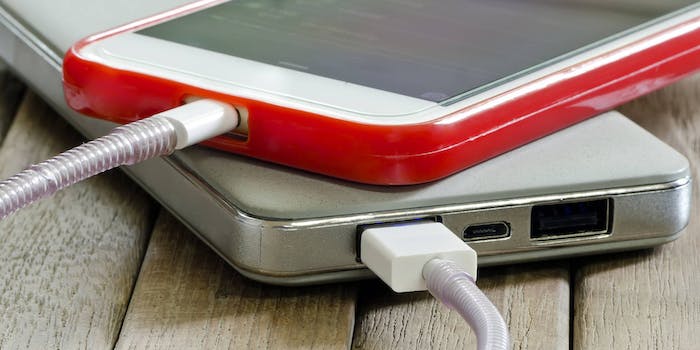 Not too shabby, Apple.

Two years ago, the Daily Dot explored how much it costs to charge an Apple iPhone 6 per year. Even with the larger iPhone 6 plus, that price was just 52 cents for 12 months of charging.

It’s been revealed that even the most religious iPhone user is still paying less than a dollar to annually charge their phone. ZDNet published a piece on Saturday that delved into the cost for Adrian Kingsley-Hughes. The journalist is looking to cut down on his power bill in general, which the iPhone helps with through sheer design.

Kingsley-Hughes states he’s on the high end of usage with his iPhone 6 plus. Despite that, he used just 19.2 Wh on average to charge his device overnight. So, what’s he paying per year to keep his iPhone 6 going? 84 cents.

There you have it, iPhone lovers. It’s still pricier to grab a cup of a coffee in the morning than it is to make sure the smartphone holding your Starbucks rewards points continues to function. Even two years after our initial findings.