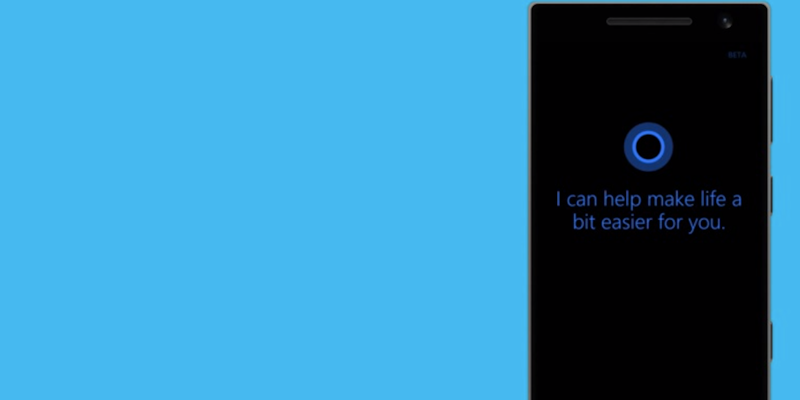 You can now fire Siri—there’s a better A.I. assistant available

Android and iPhone users are going to be able to get a second opinion from their personal assistants. Microsoft is planning on porting a new and improved version of Cortana to iOS and Android, according to a report from Reuters.

It appears the computing giant has been doing a fair amount of tweaking to the engine that powers the personal assistant. To get a leg up on its competition, Cortana will get the brains of Einstein. Well, an artificial intelligence project known as Einstein, at least.

The Einstein project being developed by Microsoft Research aims to move the personal assistant beyond its current capabilities of simply responding to requests, essentially being just a call and response bot that understands certain prompts and how to answer them. The Einstein A.I. will make Cortana more proactive, capable of piecing together information without commands.

“This kind of technology, which can read and understand email, will play a central role in the next roll out of Cortana, which we are working on now for the fall time frame,” Eric Horvitz, managing director of Microsoft Research, told Reuters.

Cortana will be able to rake through a user’s data including email and use that information to predict and adapt to a user’s needs. For example, Cortana could spot an email with flight information. With that it can automatically prompt a user when it’s time to leave for their trip, providing step-by-step directions to the airport and checking on the status of the flight.

By combining the company’s existing work on voice recognition, search and pairing it with machine learning and the Einstein project, Microsoft believes Cortana will thrive by anticipating the needs of the user.

“We’re defining the competitive landscape… of who can provide the most supportive services that make life easier, keep track of things, that complement human memory in a way that helps us get things done,” Horvitz said to Reuters.

The true future of Cortana and the A.I. assistant may exist in Horvitz’s own office. According to Reuters, a monitor outside his door displays a friendly face that can communicate with visitors and schedule appointments and meetings. A program on his computer called “Lifebrowser” stores all of Horvitz’s data and learns to identify important information.

The improved Cortana will make its first appearance in Microsoft’s own operating system, arriving this autumn with Windows 10. The version that will run on Android and iOS will come after that—part of an ongoing effort by Microsoft to put its programs on other operating systems—though no timeframe was provided. Regardless, we’ve come a long way since the days of Clippy.