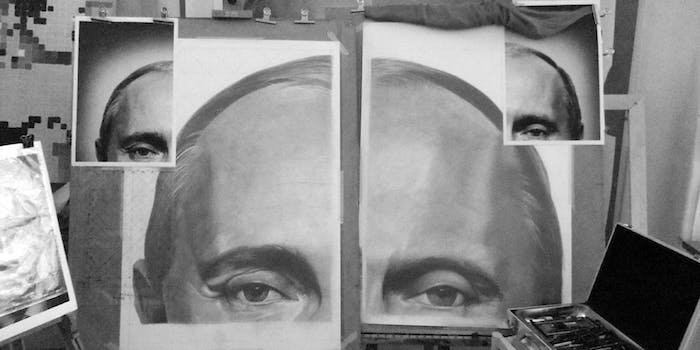 Only the most naïve among us still believe social media is purely a force of positive change. Just like any other tool, it can be used for good or ill.

Case in point: All the strong-handed world leaders on Twitter.

Of course, what you think of as evil may change depending on your upbringing, nationality, political background, and religion, or lack thereof.

The list below is made up of rulers or former rules of nation-states who either have a negative human-rights record, are or have been the subject of repeated corruption charges, or who do not allow free elections.

These can include presidents, presidents for life, chairmen, secretaries, and kings. Here is a representative sampling of the, uh, forceful leaders who have chosen to utilize Twitter in their communications strategy.

Although Cuban life is loosening up under Castro, speech, movement, and actions are all very circumscribed, and there are no free elections.

Certainly one of the dullest twitterers on the list, Castro rarely tweets anything that’s particularly controversial. Most of them are like this:

Translation: “Lavrov said that Fidel and Raul opened a new era for #Cuba.”

The first communist president of Cuba instituted a severe security state that, among other things, herded gay Cubans into camps.

Kirchner has been the target of numerous corruption accusations and most recently was charged by the late prosecutor Alberto Nisman of involvement in an illegal rapprochement with Iran after the bombing of the Jewish center in Buenos Aires.

Translation: “Nisman’s accusations not only collapse, but prove to be a real political and judicial scandal.”

4) Nicolás Maduro, President of the Bolivarian Republic of Venezuela: @maduro_en

Maduro has consistently shut down independent news organizations and even comics.

Tricolor flag of Liberators, anti-imperialist flag of the people who always carry it victoriously pic.twitter.com/S0GQsnyShd

The man who started the latest iteration of Latin American resistance to American influence was also the architect of a soft tyranny that shut down all major institutional opposition.

Translation: “I’m reporting: I approved 1.2 billion of Bs. for direct housing subsidies! Only in socialism is this possible!”

Putin’s shirtless crusade to reestablish the Russian Empire and its successor, the Soviet Union, has included the prosecution of political opponents and some of the most repressive anti-gay legislation in the world.