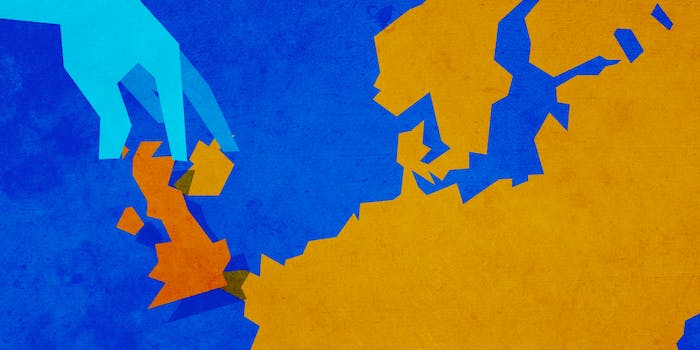 The world is still coming to terms with the news that the United Kingdom voted to decamp from the European Union. But the consequences of Thursday’s Brexit decision have proven to be immediate and far-ranging.

Only minutes after the BBC announced the majority voted to “Leave”, the value of the British pound began to plummet. Americans woke up on Friday morning to discover that the global markets were already in shock; U.K. Prime Minister David Cameron had already announced his resignation; and his potential replacement, former London Mayor Boris Johnson, has many drawing comparisons to presumptive Republican nominee Donald Trump.

Here are all the negative consequence of U.K.’s Brexit vote on Thursday that were apparent by early afternoon in the U.S. on Friday:

The Dow fell 500 points before the opening bell on Friday morning, according to Reuters. The value of the pound had already fallen to a 31-year low, worse than 2008 financial crisis levels. American shares fell 2.5 percent after the markets’ open. British stocks were off 3.5 percent by the afternoon. European shares suffered the worst of all three on Friday—and dropped nearly 8 percent. Investors fleeing to safer markets following the Brexit vote caused the index’s biggest drop in 10 months. Bottom line: Many traders and investors are expected to lose a lot of money on Friday.

House prices will soon be down to the level of a packet of Maltesers. Good for the young, I spose. #Brexit pic.twitter.com/OzyJPr5J6w

The outcome of the E.U. referendum brings with it a lot of uncertainty. People who were planning on relocating to the U.K. will likely back out of transactions, reported the Daily Telegraph. Global auditing firm KPMG predicted that house prices will fall 5 percent outside London and more inside the capital.

As a reaction to the market plunging, people’s retirement savings—401ks and IRAS to pensions—shrunk on Friday. ABC News’ Rebecca Jarvis said that people are likely to see a negative impact in their retirement portfolios.

Investors caution that such a drastic change in the markets is normal and temporary in light of a decision of Brexit’s scale. “We are likely to experience a period of volatility in the markets and uncertainty in the wider economy. In these conditions, acting in haste is unlikely to serve well,” said Tom McPhail, head of retirement policy at Hargreaves Lansdown, to Financial Times.

Shares in the biggest British banks have taken a nosedive; falling by 20 percent by lunchtime on Friday, according to FT. The nation’s top three banks lost £2 billion in market value in a matter of hours. Employees at Barclays, Lloyd’s Groups, as well as JP Morgan and Citi pulled an all-nighter on Thursday night in order to cope with the fallout.

5) Northern Ireland and Scotland are weighing a split from the U.K.

The Brexit decision has stirred up decades of tension in Scotland and Northern Ireland over Great Britain’s supremacy. The Brexit decision is expected to have even more uncertain consequences in parts of the U.K. outside Great Britain. A total of 56 percent of voters in Northern Ireland and 62 percent of voters in Scotland on Thursday voted to stay in the European Union.

Heads of both states have called for a second referendum that will determine whether they’ll break off from the U.K. all together and remain in the E.U., according to CBS News. Northern Ireland’s Deputy First Minister called for a border poll to unite Northern Ireland with Ireland, but the possibility of that occurring is slim.

Rally the realm.
3 days until the #GameofThrones Season 6 finale.https://t.co/cY0JDuoOPL

The HBO series Game of Thrones is shot in Northern Ireland using money from the European Union’s European Regional Development Fund. According to the Irish Examiner, Brexit cuts off Northern Ireland’s access to E.U.’s funding for films and television shot on location in Europe. Not only will losing that funding financially strain GoT, a move to another location could result in less impressive scenes and continuity errors. Fortunately, there’s a sliver of hope: An HBO spokesperson told Enterainment Weekly, “We do not anticipate that the result of the E.U. Referendum will have any material effect on HBO producing Game of Thrones.”

7) The U.K. is likely to lose some of its best scientists

Arts and entertainment aren’t the only industries in the U.K. that depend on handouts from the E.U. Science and technology will also likely take a massive hit. The nation’s science and research communities have long dreaded the funding fallout in the aftermath of a Brexit decision. According to a 2015 report from the Royal Society, the U.K. received the equivalent of $10 billion dollars from the E.U. for scientific research between 2007 and 2013.

Universities and research labs in the United Kingdom will face a massive blow to a major source of funding. A quarter of all public research in the U.K. is funded by Europe. The total damage? FT estimated that a post-Brexit U.K. will lose out on roughly £1 billion in annual funding for scientific research.