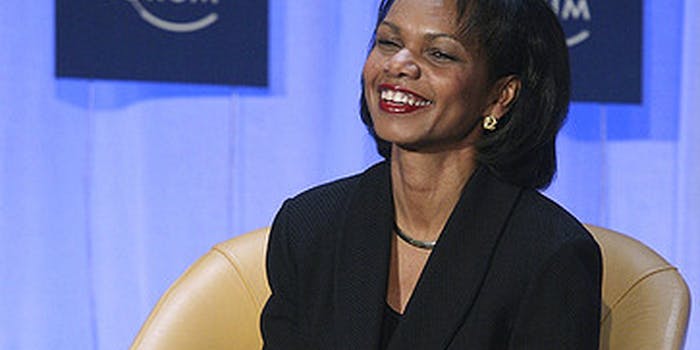 But Twitter faux pas didn’t hamper her much. Some 2,000 people have already begun following her. And she already has a Klout score of 28. Not bad for her first day.

Of course, with politics as a subject matter, the Republican Secretary, who served under George W. Bush, got mixed reactions.

Another Twitter user made fun of former Libyan leader Muammar Gaddafi’s infatuation, with the  tweet, “Now that Condoleezza Rice is on Twitter, expect Gaddafi to start saving her TwitPics.”

But it wasn’t all snark, Douglas Torok tweeted “Welcome, fasten your seat belt, enjoy the ride and view! Looking forward to you chiming in!”