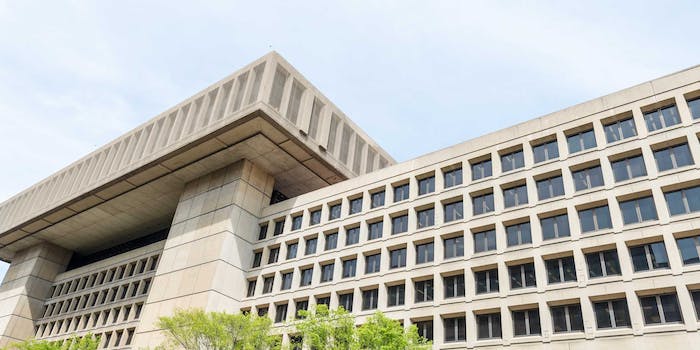 The director has offered very few specifics to back up his case, however.

James Comey has been director of the F.B.I. for only just over a year, but he’s already making encryption one of the of the defining issues of his tenure.

In a Thursday speech titled “Going Dark: Are Technology, Privacy and Public Safety on a Collision Course?” at the Brookings Institution in Washington, Comey will continue his vocal crusade against encryption by once again criticizing Apple’s choice to offer strong encryption on iPhones by default, The New York Times reports.

The Times got advance notice of the content of Comey’s first major policy speech, and it seems to be entirely an attack on encryption.

Comey will speak about how crimes like kidnappings and robberies will go unsolved due to encryption, a senior F.B.I official said, a sharp follow up to his remarks that encryption places users “beyond the law.”

Comey has spoken loudly but offered very few specifics to back up his case.

“Of the 3,576 major offenses for which warrants were granted for communications interception in 2013, exactly one involved kidnapping,” cryptographer Bruce Schneier responded. “And, more importantly, there’s no evidence that encryption hampers criminal investigations in any serious way. In 2013, encryption foiled the police nine times, up from four in 2012—and the investigations proceeded in some other way.”

Ronald Hosko, a former F.B.I. assistant director, wrote a Washington Post editorial that claimed one kidnapping never would have been solved if Apple and Google allowed default encryption on their phones. The newspaper later issued a correction.

Even as critics like John J. Escalante, chief of detectives for the Chicago police department, say that “Apple will become the phone of choice for the pedophile,” advocates say encryption is an effective means of protection against hackers, nosy corporations, and oppressive governments well beyond the borders of the United States.

In fact, the F.B.I. can be counted among encryption’s proponents: A 2011 speech from an assistant director explained how encrypting data (and backing it up) protects innocent people from hacks.