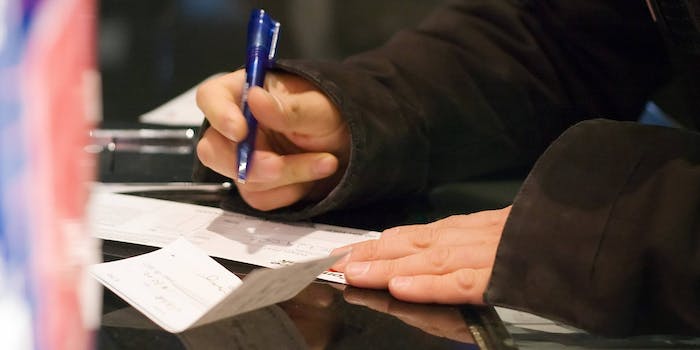 A Tennessee man got the bill of a lifetime when Comcast reportedly charged him $2,789 for moving to an area it doesn’t service.

Adrian Fraim was originally happy with his business-class Internet service from the company, and used it to work as a graphic and Web designer from home, he told local WSMV. But when he decided to move from Antioch, a suburb of Nashville, to Clarksville, an hour away, he didn’t bother to consult with his Internet provider first.

That’s when Comcast showed the stuff that led a Consumerist poll to choose them as America’s most hated company. Since Fraim had signed a three year business contract for his service, and Comcast didn’t offer service to his new home, they hit him with almost $3,000 in cancellation fees.

“I wanted to keep their service,” Fraim told WSMV. “I feel like I was being punished because they don’t offer the service here.”

Comcast didn’t respond to the Daily Dot’s request for comment. The company did, however, drop Fraim’s charges after being contacted by local news.