What is it like to be a female coder in Colombia?

“If you want to be treated as an equal, you have to be better than them. They dismiss you when you are not the best,” Isabel Yepes, the director of Women Who Code’s new Colombia chapter, said of male coworkers in an interview with the Daily Dot.

Yepes is a technical administrator and educator in Medellín, Colombia, and has worked in technology since graduating as an electronics engineer back in 1998. She was one of 35 women in a graduating class of 500 who went on to pursue technical careers. Yepes has since observed the number of women in tech fields largely remain the same in the decades that followed her own graduation.

She wants to change that. Isabel is the director of Women Who Code’s new Colombia chapter, which aims to empower women in Colombia through networking events, mentorship, and career placement for women in technology. The organization already operates in 53 cities across 18 countries, and amassed a membership base of over 30,000.

Colombia is one of the few countries where employees are more likely to have a female manager in the workplace than male. The South American country is also a quickly-rising technology hub.

In early 2015, Facebook CEO Mark Zuckerberg hosted his first overseas town hall meeting and launched Internet.org’s free Internet project in Colombia with the support of the country’s president. And Colombia’s tech industry continues to skyrocket, growing 177% between 2007 and 2012.

While the Colombian government welcomes the growing tech sector boom, it also recognizes there aren’t enough women participating in the growing startup and tech communities. At the first women in tech conference in Latin America in late 2013, Catalina Ortiz, then general manager of iNNpulsa, the Colombian government program to support tech workers and startups, said most of the women in the business job market in Colombia work in foodservice or retail, not software.

“One of the things I noticed when they develop programs for women, is they train them in making dolls, painting, cooking, and I said, ‘Why?’” Yepes said. “These are not the kind of jobs that give them very good money. These aren’t survival jobs … And when they offer employee training for men, they offer paramedics, computer technician, all these things.”

In terms of pursuing secondary education, women in Colombia attend university just as regularly—if not more often—than men, according to Unicef. However, the programs they are pursuing aren’t necessarily technical or engineering jobs.

To help women pursue more high-paying jobs in technology, Yepes taught computer networking and technical skills to students at SENA, a public national organization for learning and job-training. Students can pursue multiple areas of study ranging software development to agriculture. Yepes also volunteered through a United Nations program as a part of the Cisco Networking Academy to teach underserved communities IT development.

It was through a collaboration with SENA and local high schools teaching Cisco technologies that Yepes first understood how important it was to get young women interested in technical fields early on in their education.

In the U.S., women face gender discrimination at all levels in their technical careers—and Colombia is no different. Yepes said that she regularly called out male students for behavior more suited for a nightclub than a classroom.

“We’re in a class and a woman passes by the door who doesn’t belong to the course, and he’ll make a comment about her body or appearance or anything,” she said. “I say, ‘Hey, don’t say that, because you have female partners next to you. How you’re treating this girl, they are feeling the same.’ Male instructors don’t do that.”

It was this behavior that inspired Yepes to find an organization that empowers women in technology through comfortable, accepting spaces geared toward women only. She tried reaching out to local businesses and organizations for sponsorships and room to host meetups to let female technologists network and connect with the burgeoning startup scene in Colombia. Corporations rejected her requests—until she had amassed a large membership base, they weren’t interested in helping her get off the ground.

Instead, on a brief trip to San Francisco last fall, she was introduced to Women Who Code, and a developer from Mexico who was involved with the organization. Since the organization already had experience expanding to Latin America, Yepes reached out about a potential partnership for women in Colombia.

“Women in technology end[ed] up becoming one of the guys,” Yepes said. “It’s not easy to be feminine and an engineer at the same time. To relate with partners, sometimes we behave like them as a way to adapt to the climate or environment.”

Yepes hosted the first meeting of Women Who Code in Medellín last month, and almost 20 women kicked off the program’s outreach at the Fundación Marina Orth, a technical, language, and leadership educational institute. 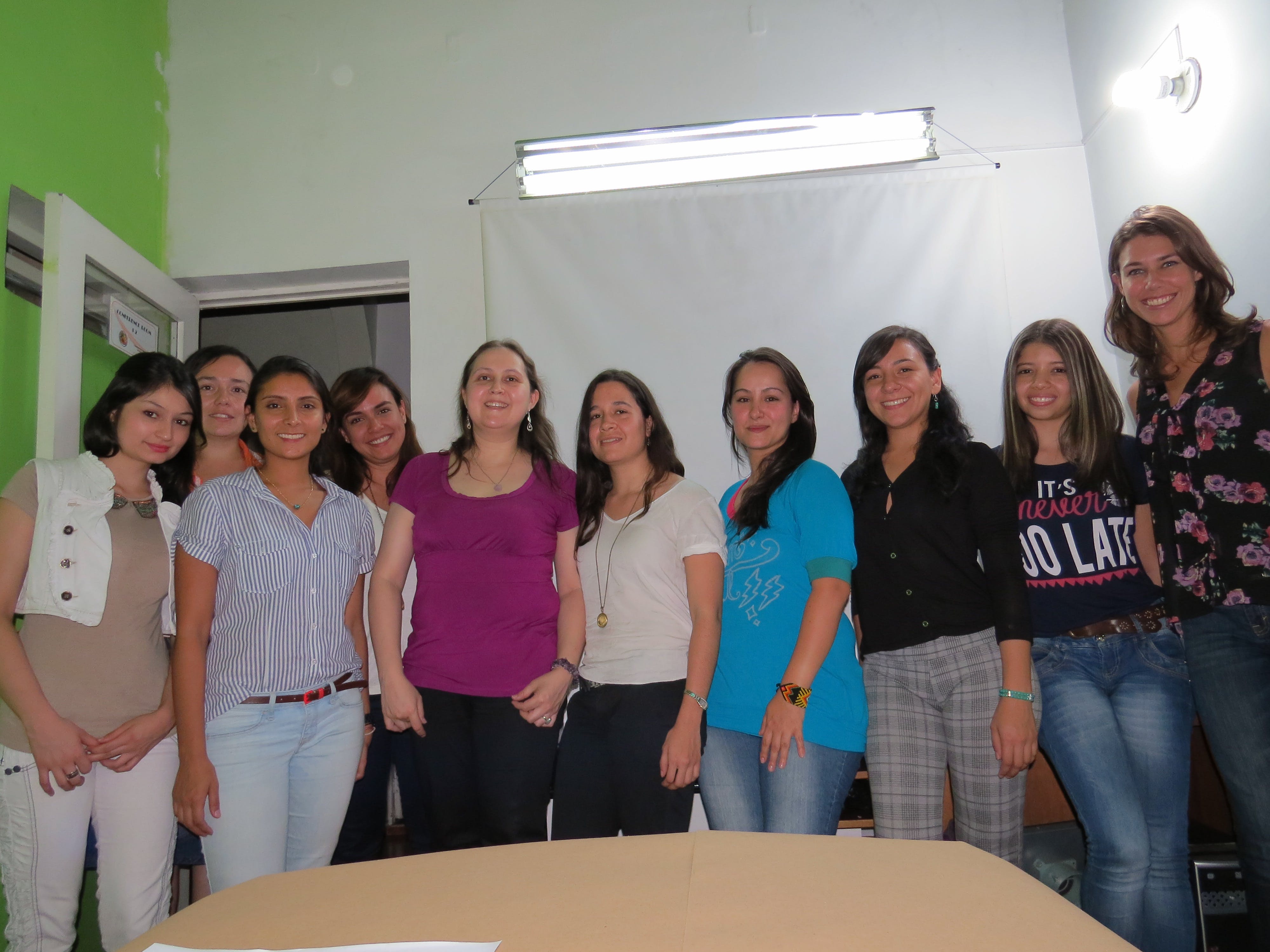 As the organization expands, more women will have the opportunity to network with like-minded individuals with similar backgrounds. Yepes said Women Who Code plans on hosting a number of hackathons and meetups focused on a variety of technical skills. Because there are so few women in multiple areas of technology, Yepes can’t have meetups focused exclusively on different programming languages or network administration like we might in the U.S.—for now, women from all technical backgrounds are invited to join the events.

Yepes said that while she’s faced sexism and workplace discrimination, it hasn’t deterred her from pursuing engineering.

“I never thought about leaving—I have a pretty strong character,” she said. “It’s difficult to put me in the position of ‘Oh I want to leave.’ I think it comes from my mother.

“My mother also had a position when she was the only women working. She works as an accountant.”

As she gets Women Who Code off the ground in Colombia, Yepes is freelancing as a programmer while working as an administrator implementing technology into commerce for businesses in Medellín. And she’s already planning this month’s event on the 26th, which is expected to be even larger as more women find connections and professional bonds through a women in tech program that spans the globe.