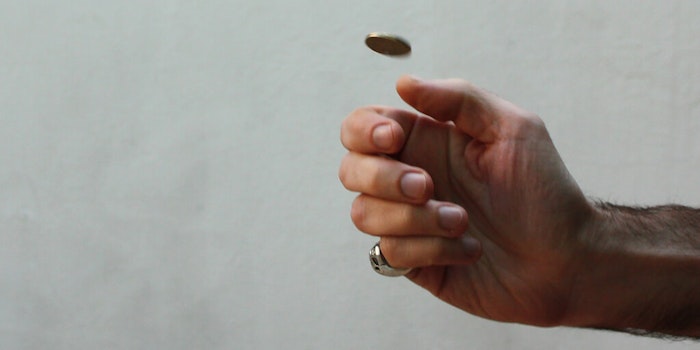 Coin flips in the Iowa caucus are again enraging everybody

As people continue to wait for results from tonight’s Iowa caucuses, some people are bringing attention to results from the caucus that were decided by a coin flip.

However, for Iowa caucuses, a coin flip decision is nothing new.

Breaking delegate ties has always been done this way, and getting upset about it is just as important a tradition.

Coin tosses shouldn’t be the deciding factor of an election. Like “oh… it’s a tie… let’s just flip a coin to see if Hillary or Donald should be president. Oops tails… looks like we get Donald.” That is not Democracy. Coins should not decide elections. https://t.co/SjlPk7kO9h

How we choose presidents:

1. Start with a very unrepresentative state

2. Discourage almost all the voters from showing up

3. Make people sit on floors & yell at each other

4. Eliminate candidates based on an arbitrary 15% threshold

Me remembering that in 2020, a coin flip is still the official tiebreaking method. #IowaCaucuses pic.twitter.com/ze4qP4Pasj

In at least one instance on Monday night, a coin flip decided the count between Pete Buttigieg and Sen. Elizabeth Warren (D-Mass.), who were tied in the number of people caucusing for them.

Bernie and Biden tied. So they flipped a coin for a delegate. Bernie team son https://t.co/s9FegCyDXu

“50-50”: After tying with Amy Klobuchar, Pete Buttigieg wins the last delegate in an Iowa Caucus precinct…by winning a coin flip.pic.twitter.com/nn2BI8edTn

However, as the Des Moines Register points out, coin flips were also used to decide ties between Sanders and Hillary Clinton during the 2016 Iowa caucus.

The Atlantic noted at the time that a coin flip was needed several times, with more than 12 delegates being awarded to candidates based on the flip of a coin. The news outlet added that the use of a coin has “a long history in deciding close electoral contests in the U.S.”

The Clinton coin flips became a long-standing election conspiracy. Although it was frequently reported that Clinton won six of the six needed coin flips in 2016, the initial report, from the Des Moines Register, missed a few Sanders coin-toss wins, according to the Washington Post.

The ratio of Clinton to Sanders wins was closer to 50-50.

Of course, the coin flips for Clinton and Sanders in 2016 drew a lot of attention because the margins in Iowa were razor-thin.

Election results from Iowa still aren’t in, so it’s unclear if these flips will become a matter of importance, but they certainly have already drawn voters’ ire.