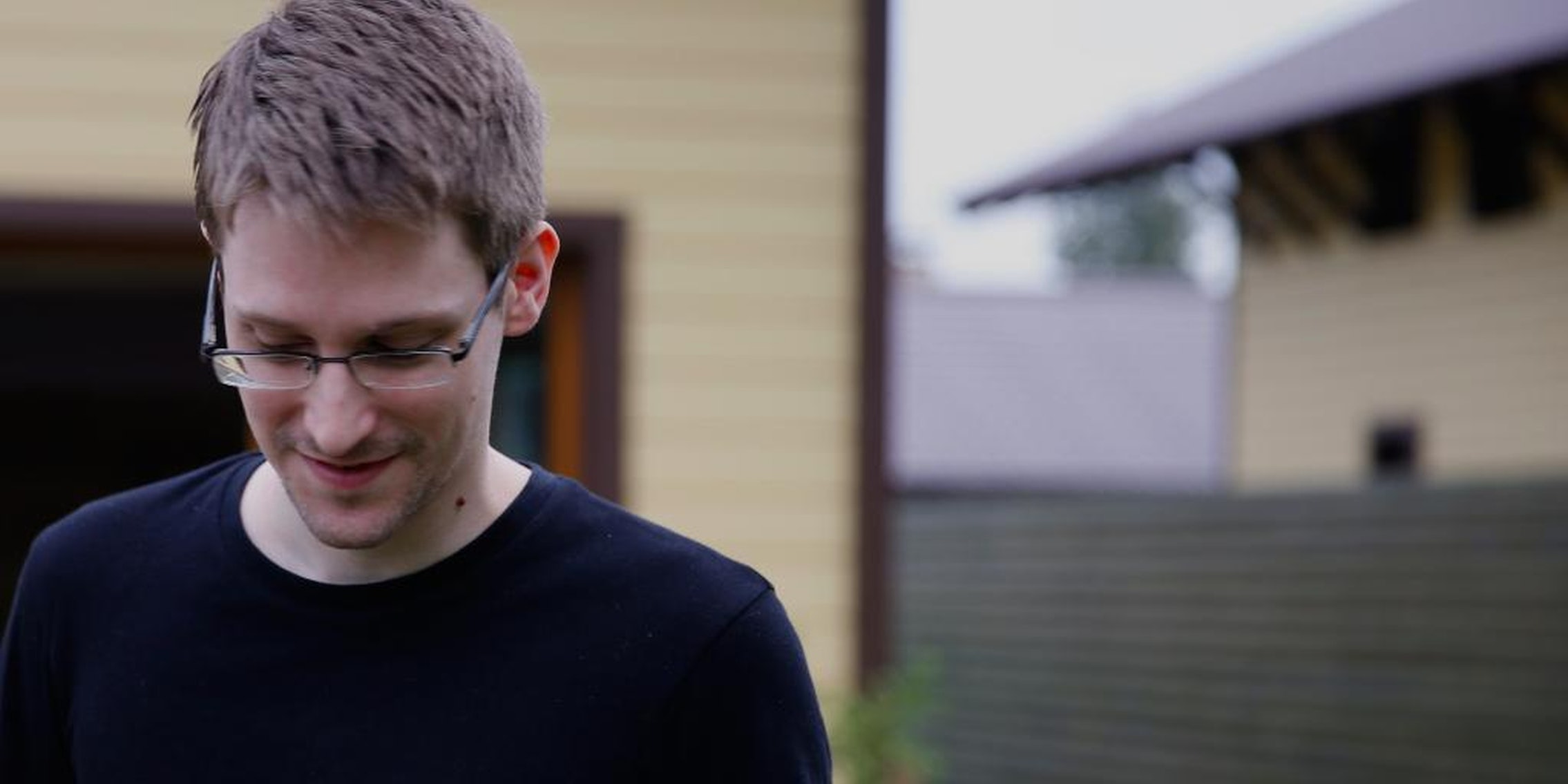 The one thing missing from ‘Citizenfour’

The enormity of NSA surveillance is too big for a single film—even one as great as Citizenfour.

The atmosphere buzzed. The audience laughed and cried. In a word, the world premiere of Citizenfour, the new documentary illuminating whistleblower Edward Snowden’s National Security Agency (NSA) leaks, was unforgettable.

Snowden’s family made a surprise appearance to the audible gasps of a packed audience; NSA leaker William Binney appeared on stage to thunderous applause; and director Laura Poitras was justifiably lauded for a landmark film that admirably accomplished its stated mission and then some.

Glenn Greenwald, the second journalist who saw Snowden’s documents after Poitras, explained afterwards that the film is in some ways more important than his deep-dive articles about the documents. Humanizing Snowden, effectively showing the world both the man and mind behind some of the biggest leaks in American history, might win hearts and minds better than any top secret PowerPoint presentation ever could.

History, however, is the one area where Citizenfour is lacking.

The story that this movie tells is incredibly complex. Hundreds of thousands of highly technical documents leaked by a highly capable man are only one part of the story. There’s the entire context of the burgeoning surveillance state of post-9/11 America, a knotted topic that must be understood to firmly grasp Snowden’s importance.

And finally—perhaps most importantly—the audience must understand why privacy should personally matter to them.

For all its successes, Citizenfour does not effectively address these issues.

How could it? Movies are powerful mediums but inherently limited in length and depth. (This is the reason books are almost always better than their film adaptations.) Poitras makes the more viscerally compelling choice of telling Snowden’s story in a focused and personal way. That focus—one that pays off in a phenomenally moving film—comes with certain sacrifices.

A few moments (most memorably, activist and journalist Jacob Appelbaum’s impassioned, articulate speeches about surveillance to European politicians and New York protesters) stand out and begin to brilliantly break down what surveillance means on a person-to-person basis. Still, these moments likely don’t do the full and necessary job of bringing the uninitiated completely into the know.

This is, more than anything else, the story from Poitras’s eyes, watching Snowden, Greenwald, and reporter Ewen MacAskill work through the biggest story of their lives.

Having been shown the process of the leaks in this beautiful and intimate documentary, what the public genuinely needs now is a film from a team with the dramatic talent of Poitras and company to show the truth of the content and context of the leaks in ways that the mountain of dense and difficult written work, extremely admirable though it is, rarely can.

The context, of course, is out there if you’re willing to do the work.

Frontline’s two-part documentary United States of Secrets does the best job yet of presenting the leak in a smart way but comes up well short of perfect in terms of simplicity and explaining its effect on individuals. Much of the potential audience, I presume, still won’t know why NSA surveillance matters to them.

Greenwald has written hundreds of thousands of words on the Snowden leaks and its place in history, from unnumbered articles to his book No Place to Hide. He even just gave an excellent 20-minute TED talk on why privacy matters, much of which deserved a place in Poitras’s film to give full explanation and gravity to Snowden’s actions.

Whether or not it’s possible to deliver the whole Snowden story—leaks, leaker, history, and personal impact on the audience member—in one place remains to be seen. No one has done it yet, which is part of the reason why an all-too-common response to the Snowden revelations has been repeated shrugs.

“Is it bad that I don’t care if they watch the Internet?” a liberal friend told me over dinner recently. He’s not alone in asking: Polls since Snowden’s first revelations have shown a huge chunk of Americans don’t mind being watched.

When I left the theater with a few other journalists and a tech documentarian, all of whom are far more well-acquainted with Snowden’s story than your average person, everyone was rightfully heaping praise on the movie. We briefly talked about the specifics the film doesn’t explain—the programs, the impact, the people—but were maybe too carried away by the overall emotional triumph of the movie to dwell on that seemingly small chink in the armor.

As a film about real people living through a larger-than-life reality, Citizenfour is unparalleled. Watching Snowden making decisions that will change his life, country, and world second by second beats nearly any possible fiction. He never knew what would come next, a terrifying thought. And yet, he said in the film, “it’s liberating, too, because you can only make one decision at a time and then roll with it.”

The film is a gripping piece of “human drama,” as Poitras has described it, driven by a narrative that affects us all and built on amazing access to a historical event.

We witness Greenwald struggle mightily to wrap his head around the enormous breadth of documents he’s being presented with, as well as the man in front of him, all the while standing underneath the glaring spotlights of global media and government. This is a play that will and should be shown in journalism classes for the next 50 years. The film managed to make entire audiences fear deeply, laugh loudly, and choke down tears—really, I saw it all at the New York City premiere—all within a matter of minutes.

Citizenfour is a celebration of the whistleblower, a resounding victory for the journalist, and a sharp stab at the surveillance state.

Maybe what we needed was a “human drama.” However, it’s impossible to judge Citizenfour in a vacuum, so the incomplete nature of the film keeps coming up.

Thomas Drake, one of the most significant pre-Snowden leakers in American history, called out its lack of perspective on the post-9/11 world—an event which is barely mentioned at all.

Drake’s tweet, and maybe this review, may seem overly critical for a film that was, for me, a gut-punch joy to watch.

After all, there’s hardly any denying the importance of showing the world the man behind the leaks, and Poitras did a fantastic job of it. But in the torrent of positive reviews the movie has garnered, we ought to look at the whole picture. Greenwald and co. have repeatedly talked about how this film fits into the greater Snowden story, so it only makes sense to consider the film in that pantheon.

Citizenfour is incomplete in large part because this is a story that is impossible to tell fully in one film. It’s been nearly two years since this tale began, and the saga still hasn’t been entirely told in print, a medium far more capable of articulating the mass of information that Snowden has provided the world. It’s self-evident that film—severely limited by time, perspective, and budget constraints among others—can almost never tell a complex story with the kind of depth that the written word can.

Film has its own strengths, chief among them the ability to relatively quickly deliver complex ideas to wide audiences.

The endless mountain of intelligence community acronyms is mostly glossed over along with the specifics of the programs they hide. The powerful mechanics and technology of NSA surveillance is only occasionally explained. (Though when it is, it strikes home hard: “Assume your adversary is capable of one trillion guesses per second,” Snowden told Poitras.) And the enormous implications of global Internet surveillance are not touched on as often as they should be.

Poitras can hardly be gravely faulted much for not tackling that enormous task with a video camera and two hours screen time. After all, acronyms can be distracting and technology intimidating. But it is a task that ought to be tackled.

Poitras called Citizenfour the final chapter in her trilogy of documentaries about post-9/11 America, but it feels more like the culmination of part one. Maybe that’s not much of a fault, merely a hope for what comes next.

It can hardly be overstated how difficult it is for the average American to fully comprehend the massive government and private surveillance apparatus that has attached itself to the Internet. Without that understanding, expecting the public to fully appreciate the problems and threats that apparatus poses is utterly hopeful at best. Then expecting a partially-informed public to make good decisions is bright-eyed optimism indeed.

The leaker has been humanized. Now they should try to have more humans understand the leaks.

Citizenfour opens in theaters on Oct. 24.