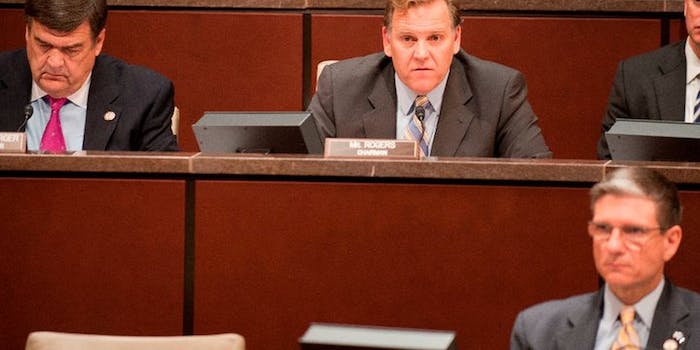 The controversial cyber-security bill was rushed to a vote and passed on Thursday, despite criticism from the Center for Democracy and Technology.

A day earlier than expected, the controversial Cyber Intelligence Security Protection Act has passed in the House of Representatives.

The Republican-led but bipartisan bill received 248 votes, including 42 from Democrats—far more than the 218 required to pass. 168 voters, most of them Democrats, voted against the bill.

There’s a strong chance this will become a moot point: President Barack Obama will likely veto CISPA if it comes to his desk.

Still, CISPA’s passage in the House is disheartening for some, especially activists on social news site Reddit, who struggled to shore up opposition to CISPA the way users were able to for other pieces of legislation considered harmful to the Internet, most notably the Stop Online Piracy Act.

“I feel like we are living in the golden age of the internet. We have complete freedom with it. As the government seizes more and more control over it, it will slowly become very shitty. Enjoy the internet while it’s good!” wrote redditor klownxxx.

Representative Ron Paul (R-TX), one of the few politicians to speak openly against CISPA, abstained from voting.

Dutch Ruppersberger (D-MD), who helped author the bill, stressed CISPA’s use as a means to protect national security from foreign attackers.

“This is victory for America,” he said. “Our nation is one step closer to making a real difference protecting our country from a catastrophic cyber attack.”

The Center for Democracy and Technology, a digital rights activist group that consulted with CISPA’s authors on privacy concerns, condemned the House for passing CISPA without some of the CDC’s preferred amendments, calling the passage “such flawed form and under such a flawed process.”

Michelle Richardson, legislative council for the American Civil Liberties Union, said “CISPA goes too far for little reason,” and “we encourage the Senate to let this horrible bill fade into obscurity.”

CISPA will now move to the Senate for debate.