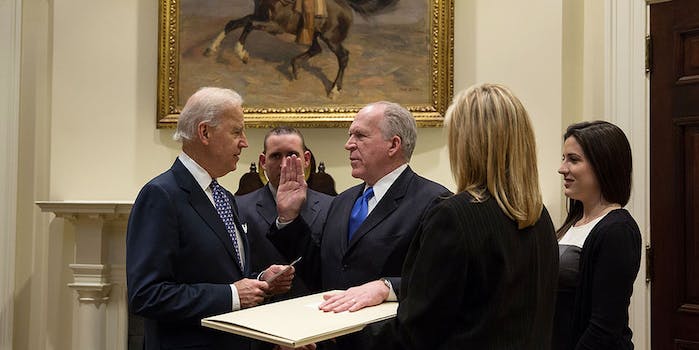 Big Brother takes a look in the mirror.

The surveillance activity was confirmed in a new CIA report, which criticizes the agency for “acting inappropriately”—acts that would likely be considered criminal in other circumstances.

The CIA had suspected that the committee’s investigators had “improperly obtained” an internal CIA report on “enhanced interrogation” programs the agency had deployed until 2006.

Brennan apologized for the agency’s actions to two senior members of the committee. An “internal accountability board” led by former Democratic Sen. Evan Bayh of Indiana will further review the incidents.

The CIA’s actions were prompted by Senate aids working on a report on the use of “enhanced interrogation”—techniques often dubbed “torture” by critics, including many legal scholars—by American intelligence agencies. The study is currently classified and under review by the White House

“When the facts come out on this, I think a lot of people who are claiming that there has been this tremendous sort of spying and monitoring and hacking will be proved wrong,” Brennan said in March when the news broke, the Times reports.