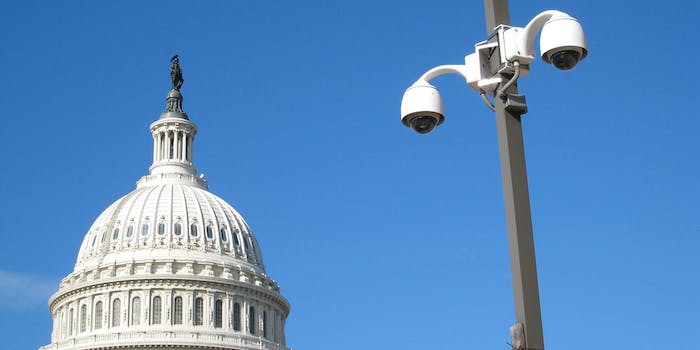 Summer just got a lot hotter for the Central Intelligence Agency. Last Thursday, the agency admitted that it spied on the computers of Senate Intelligence Committee staff members who were investigating the CIA’s classified torture program. Things may look bad for the CIA, but there’s actually an easy way for them to win the public relations battle over this news: rev up that Twitter account.

The CIA drew a lot of attention when it joined Twitter on June 6, and some of its subsequent communiqués have earned it social media plaudits. The account has been inactive since July 31, the day the agency revealed that it illegally surveilled its own congressional overseers.

Now is the perfect time for the CIA to kick its Twitter game into high gear and push back against the widespread public condemnation directed their way. Here’s how they should do it.

The first step is admitting you have a problem.

Then, try the soft touch and a little humor

See? It’s not all bad news. There’s two sides to every story. Make sure people see the server as half-full (of their representatives’ oversight activities) rather than half-empty.

Next, offer a reasonable explanation

That’s not so hard to believe, is it?

Offer some context for the flurry of news

If you offer a good enough reward, anyone will fill out a few fields and click a button. 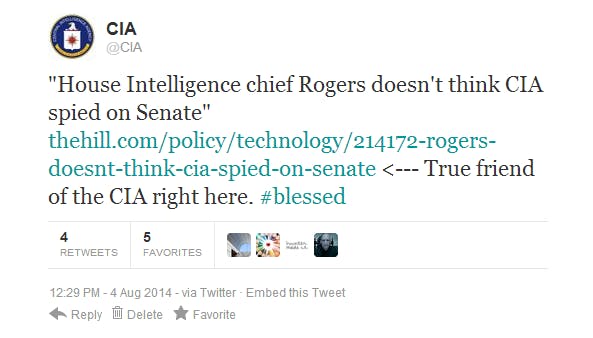 If you can leverage these influencers’ brands, you’ll be trending with viral support in no time.

Reach out to those who have been wronged

Reassure any senators whose privacy you violated that you’re listening to them. Well, not like that. In the normal way.

Passing the buck is a time-honored tradition in Washington.

Time for the hard-sell

Make sure everyone knows their rights

Nobody’s perfect, and it’s important to remind people of that fact.

What’s better for a brand: engagement or detachment? That’s right, engagement. Engage directly with your enemies, I mean targets, I mean victims, I mean citizens.

Claire Danes won two Emmys for that show, you know.