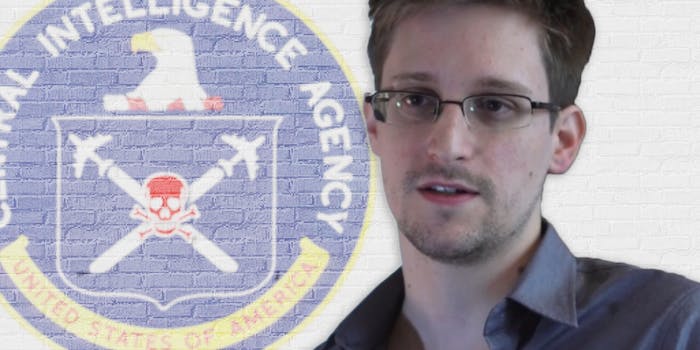 “Much of what I saw in Geneva really disillusioned me about how my government functions and what its impact is in the world," Snowden later said of that time in his life.

When Edward Snowden was revealed as the source of highly classified National Security Agency documents in June, it seemed like he’d come out of nowhere.

But the CIA already had their eye on him. They just never followed up.

It’s a major find for anyone trying to piece together Snowden’s transformation, from an Army recruit out of high school, to a systems analyst working for the government who pseudonymously argued for online privacy, to the man responsible for arguably the biggest intelligence leak in history.

According to information acquired by the New York Times, when Snowden worked for the CIA in Geneva, Switzerland, his supervisor noticed a sudden and distinct change in Snowden in 2009. That supervisor recorded his observations in Snowden’s personnel file, and even sent him packing under suspicion that he’d tried to break into classified files.

Comments made in an Ars Technica chat by someone using the username TheTrueHOOHA, believed to be Snowden, seem to reflect the change obvserved by the officer. In January 2009, TheTrueHOOHA slammed the New York Times for publishing the classified information that the U.S. had previously denied an Israeli request for aid in attacking Iranian nuclear sites.

But other comments show he’d been interested in online anonymity since at least 2003. By 2006, he was joking about the NSA having secret methods of surveillance (like monitoring gamers through Xboxes). By 2010, he was complaining about corporations being compliant with “spooky types” like the NSA.

It appears that the CIA’s concern with Snowden didn’t follow him home from Switzerland. One official described him to the Times as having “slipped through the cracks.” Later in 2009, he began working for the NSA as contractor for Dell computers. In 2012, he began collecting evidence of NSA programs.

By March 2013, he’d successfully moved to a higher-profile NSA position, this time subcontracted through the firm Booz Allen. It took only three months before he’d collected enough files on flash drives have all the evidence he needed to leave the country, possibly for good.

In his initial interview, in June, Snowden confirmed he truly soured on U.S. intelligence gathering while at the CIA.

“Much of what I saw in Geneva really disillusioned me about how my government functions and what its impact is in the world,” he said. “I realised that I was part of something that was doing far more harm than good.”

And the rest is history.