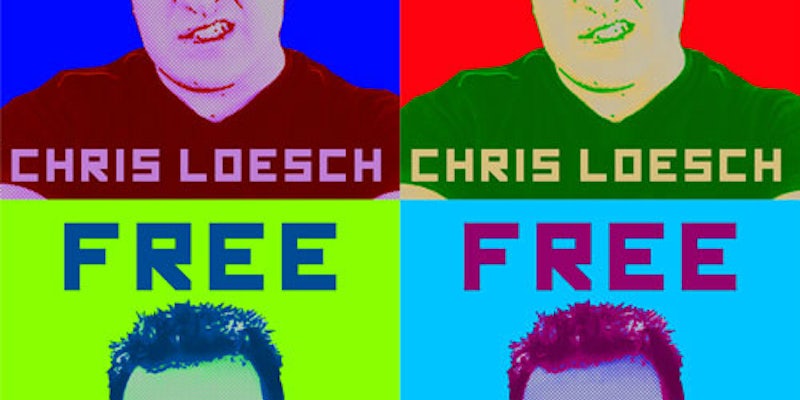 Chris Loesch has had his Twitter profile suspended four times after opponents repeatedly reported his account as spam.

Chris Loesch, the husband of a popular conservative talk-radio host, had his Twitter profile suspended on Sunday, allegedly due to a “Block & Report Spam” attack by fellow tweeters.

The account (@chrisloesch) has been suspended at least three other times since then, after a handful of Twitter users continued to report him as spam.

Loesch fired back against the suspension in a recent interview.

“I never threatened anyone and am careful about being concise with what I write especially in public,” Loesch told the Washington Times. “They were going to make me sign this note that said one more infraction and I would be permanently banned. I wasn’t going to do that so I wrote emails to some of their people.”

Over the last 24 hours, #freechrisloesch has been tweeted more than 29,000 times, according to statistics from Topsy, a social media search engine. That also includes Loesch’s wife Dana, who called Twitter’s algorithm “vulnerable” and warned that “abuse could silence all.”

A similar issue has plagued YouTube as well. Due to the sheer volume of videos posted, the Google-owned site relies on users to flag videos that are inappropriate or in violation of the Digital Millennium Copyright Act–a tactic that’s been used by some YouTubers for personal and political gain.

The algorithmic abuse on Twitter extends far past Loesch, according to Twitchy, a Twitter curation site founded by conservative Michelle Malkin. Loesch is one of more than a dozen conservative Twitter accounts suspended for sharing its opinions, Twitchy reported:

“The radical Left’s strategy has always been to squelch conservative dissent—from Rush Limbaugh to ALEC to Americans for Prosperity to Free Market America. And now, from ordinary Twitter conservative activists en masse. The answer to left-wing lynch mobs isn’t to run away from them, but to expose them and beat them back.”

Loesch isn’t sure when his account will be reinstated, but he believes the attack was because of comments he made in defense of his wife, who has been the victim of Twitter abuse in the past.

“It was business as usual for her I suppose,” Loesch told the Times.  “Veiled threats, rape and murder comments, the typical liberal misogynist slag. Being the chivalrous and testosterone filled being I am requires me to protect the woman I love and call out the haters for being the ‘anonymous internet tough guys’ they are…Needless to say they don’t like being called out and struck back by reporting me as a spammer or worse.”

It’s an effective tactic, one that Twitter will need to address to prevent users from manipulating and silencing voices of opposition.