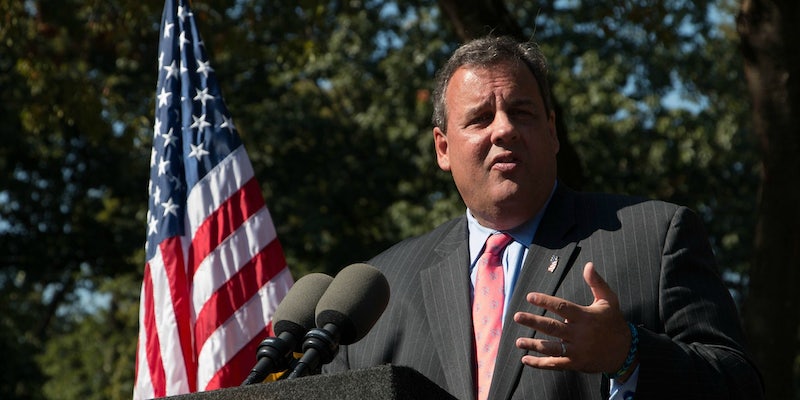 You just can't be a Cowboys fan in Philly and get away with it.

In June, New Jersey Gov. Chris Christie sat down for an interview with Philadelphia’s SportsRadio 94WIP. Well, he tried to. Since then the station has held onto a hilarious video: While attempting to sit down in an office chair for said interview, Christie tumbled to the floor.

Friday this local Philadelphia CBS affiliate released the video for everyone to enjoy.

According to ABC News, the station did so as revenge after Christie proved himself to be a Dallas Cowboys fan and friend to Cowboys owner Jerry Jones.

Good luck watching only once.

Photo via Steve Fallon/Flickr (CC BY 2.0)