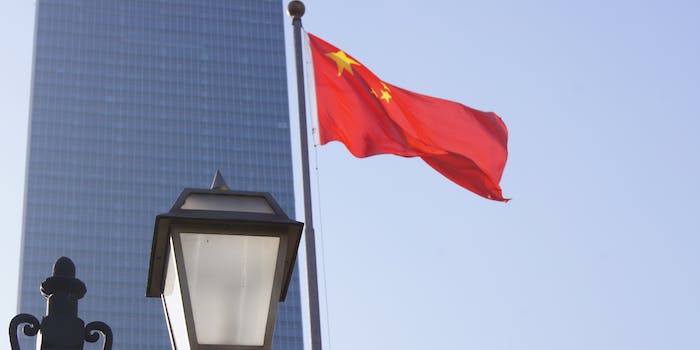 How bad will this get?

They’re calling it Black Monday—the worst drop in stock prices since the start of the Great Recession.

Since Aug. 11, when the Chinese government devalued their currency, the yuan, over $5 trillion has evaporated from the global value of stocks, according to Bloomberg.

China‘s economic woes have sent off a worldwide economic shockwave.

The value of stocks plunged again on Monday as markets in Asia, Europe, and the U.S. are plunging early in the day. The big drop, which included an 8-percent early morning fall in China’s Shanghai exchange, is expected to continue and even accelerate toward the end of Monday.

The American Dow Jones Exchange briefly dropped over 1,000 points when it opened on Monday morning, the biggest sell-off since 2008. The numbers quickly rebounded, indicating extraordinary volatility in the markets.

With the specter of the 2008 recession still hanging over much of the world, one pointed question is being asked around by all observers: Just how bad is this?

The turbulence currently hitting the global economy comes after a worldwide surge in stock prices that saw Chinese stocks triple in value from 2014 to mid-2015. The total value hit nearly $10 trillion, making it second only to the United States.

All major Asian, Australian, and European exchanges were down significantly on opening. U.S. exchanges fell before they even opened. NASDAQ, the second-largest stock market in the world, fell 5 percent on Monday morning before opening and hit its “circuit breaker,” the term used when the exchange halts selling to avert panic-driven disasters.

It’s important to note that despite the recent days of economic tumult, it comes after a year of surging growth. So even the sagging Chinese markets are still up on the year and are way up over the last several years.