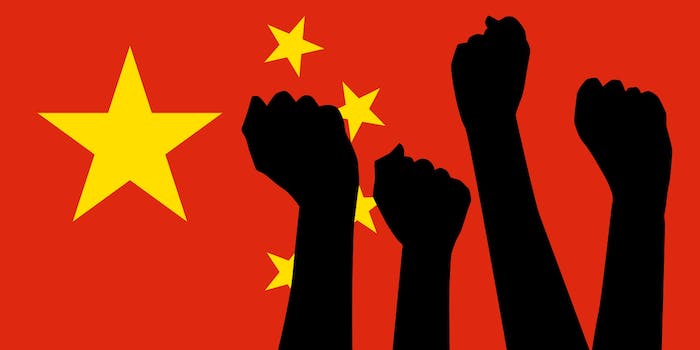 If you put a kid in jail for talking smack about you on the Internet, do you really think that makes your problems go away?

In China, going viral on the Internet can land you in jail.

The upside? Online popularity might get your captors in trouble, too.

The Gansu Province police chief who oversaw a teenager spending a week in jail for “spreading online rumors” has been suspended, barraged with online sleuths who uncovered evidence of alleged misconduct.

A new, highly-criticized Chinese interpretation of an existing law clamps down on anyone who spreads what the state deems a “rumor” and that receives  either 500 reposts or is viewed 5,000 times. Starting such a rumor can land you a three year prison term. The new regulation’s first victim was 16-year-old Yang Hui, who was arrested September 16.

His crime? “Spreading rumors, inciting mass demonstrations and seriously obstructing social order,” according to The Guardian’s translation. Yang had claimed online that local cops had beaten several civilians, killing one and staging his death as a suicide.

That was libelous and popular enough, in local police’s eyes, to put Yang in jail for a week. But if Chief Bai Yongqiang didn’t understand the Internet too well at the time, he probably has a better idea now. Users launched an online investigation against him, uncovering unsavory details like the fact that he’d been accused in court of bribing his former superior for a period of ten years.

Bai’s suspension was announced on his county government’s website. It’s not immediately clear how long his absence will last, or if he’s into Barbra Streisand.